Intel To Increase Integrated Graphics Performance, Says To Forget The Past

950.  X3000.  Now, X4500.  Those are the designations for Intel's IGP that occupies millions of desktops and laptops.  And to be sure, it's nothing to write home about.  For the record, I've got a 950 in my first generation Mac Mini.  Needless to say, it was not the whopping red hot graphics performance that I bought the Mini for (I'm being sarcastic about the graphics performance).

I've held of getting another Mac until Apple put the powerful 9400M in the Macbooks on the low-end.  It took three years of waiting but it was worth it.  Now, Intel is saying that they're getting back into the race and unlike previous promises, this is one they intend to keep about performance.

I like how Reg Hardware put it:  the faint praise of critics saying it sucks less than the previous one did.  So what makes Intel so confident this time around?  Well, perhaps it's because we mobile warriors are always pulling for the underdog.  Yes, in this segment of the market, Intel is considered the underdog.


So, there you have it.  There's more meat for you to chew on at Reg Hardware.  I'm taking this with a grain of salt and seriously hope Intel can light up the integrated graphics market on fire.  Watching Nvidia and AMD duking it out is getting old.  Intel's not even in the mid-range to high-end market.

There are discussions over at Netbook Review forums about how Intel's new design will fare. 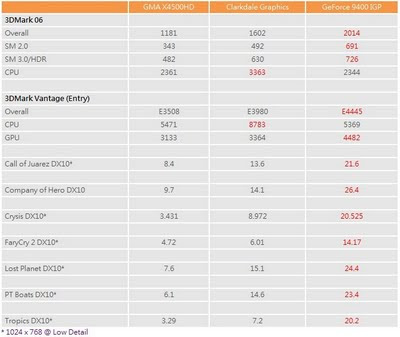 Note:  I'll be back later once the dust clears and I'm able to put it in terms on Intel's 4th quarter mobile plans for us.