Despite iPad Success, eReaders Might Be Harder To Kill Off Than Expected

June 28, 2010
Maybe Amazon and Barnes And Noble are going about this the wrong way. Maybe Kobo Reader has it right after all. How so? 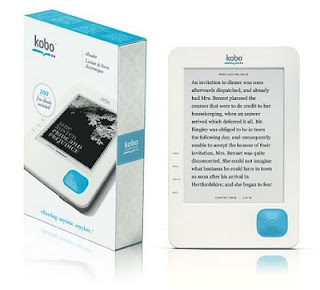 Maybe digital book readers should be a combination of the follow two factors that Kobo reader has:  simplicity and a relatively low price (though recently, the Kindle and Nook both had about $50 chopped off their retail price).
Kindle/Nook Versus "Just Readers. Until the Kindle came on the scene, readers were fairly expensive and it was not easy to upload books into these readers.  Kindle made that iPod-like simple and has since been joined by Sony Reader and the Nook.  However, despite Amazon's claims of success, there is still no figure provided by Amazon about how many Kindles were actually sold and how may ebooks have been bought by Kindle owners since its debut.
But Kobo with its simple read-only device isn't shy about saying how well it's done in New Zealand.  According to Stuff, the first two batches of thousands of Kobo readers have sold out and a third batch is on the way in July.  And with books costing $10-15 (7.15-10.75 USD), this is cheaper than even what Amazon, BN, and Apple sells.
Kobo - Cinderella Reader? So what has made the Kobo such a large success?  It is more simple than the Kindle to install books?  First, the Kobo reader has no 3G or wireless access so the reader would need to buy books form a computer and then install it on the reader.  That might be cumbersome but it isn't any different from what many users do to sync media with Apple's mobile iOS devices for nearly a decade now.
What likely makes Kobo a success is that it just lets the user reader books.  It does not nothing else.  Just read.  And quite frankly, I, and likely many readers, find that refreshing.  I was not always impressed with the Kindle because it has a lot of features and yet it does none of them well.  Then along came the Nook and it was great to see the Kindle with a competitor and while it was based on Google's Android OS, my complaints against it was the same as that of the Kindle. It has features other than being a reader but none of them are easy to use.
Then the iPad came along but let's be honest. It's a great tablet and Apple has been hugely successful by selling three million iPads in just 80 days.  The complaints I had against the Nook and Kindle were solved with the iPad but the iPad isn't a great reader.  I've read only two books on it since I got it and I've got five others to read and I've been putting it off.  Plus, the iPad with its plethora of features, apps, and multimedia functions are a distraction.
And that's where readers like Kobo are different and might find success.  The Kobo reader just let users read books.  And just like a book, it offers no distraction.  When BN released a 3G-less Nook last week at $150, I nearly pulled the trigger (I've already bought two Nooks for family members) on it.  But then the old complaints about it still exist.  Honestly, trying to browse the Web or play games on the Kindle and Nook is very maddening and suffocating.
Borders is currently offering the Kobo reader for pre-order in the US.  So for anyone looking for a dedicated reader that is free from half-baked features like the Kindle or the Nook or isn't in the market for a full-featured tablet like the iPad, I definitely encourage anyone in the market for a good digital book reader to take a look at Kobo reader.
So I think Kobo and other readers should do well in the market long-term.  I also foresee a significant price drop in the next year or so.  At $150 (Borders price), the Kobo is a still mildly expensive so it isn't out of the realm of possibility to see a $25-$50 decrease in the retail price.  Heck, just wait until a Chinese company come out with a $50-$75 reader in the next year or two.
Conclusion.  The iPad is a success and its the standard bearer for tablets.  The Kindle and Nook will try to add features because the companies that produced them will try to match them with the tablets feature for feature.  But at the end of the day, book lovers just want to read.  And that where Kobo and others will dominate.
More at Teleread, Stuff, Kobo, And Borders (Kobo's Page)
Note: I've included a link for Borders' Kobo reader page but I don't have any interest (ie. associate link) from any sale of the reader.
3G Amazon Apple Barnes and Noble ebook ipad iPhone iPod kindle mobile nook reader sony Wi-Fi wireless