Did you know that oxygen, the air that we breathe today, is essentially pooh.  It’s the waste, if you will, of photosynthesis of plant life and organisms in the ocean.  And there is now evidence that organisms began to breath oxygen 2.5 billion years ago.  Now, we’re not talking about a lizard or anything like that.  It’s likely a single cell organism. 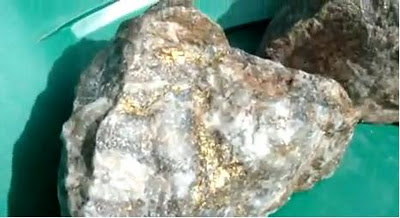 To sum it up, chromium is bound up in rocks called pyrites.  Then 2.5 billion years ago, chromium began to be released into the ocean.  In order for that to have happened, some powerful acid had to have been present.

So, what is the acid and how do they get in the ocean?  Well, there are sulfur in the pyrites as well.  So, these bacteria “breathe” in oxygen and help create the reactions that resulted in the release of this acid: sulfuric acid.

Then the sulfuric acid helps dissolve the chromium and release it into the water.

Now, this is not to say that this is it.  Because these researchers could make this connection of oxygen breathing organisms at 2.5 billion years ago does not mean there isn’t other evidence that could conceivable take us even further back to find other oxygen breathing microbes.