If I Were Super Rich, I'd Design A Luxury Airship; Screw the Yacht


I know what I’ll do if I’m rich.  I won’t be buying a super awesome turbo-charged sports car.  Nor will I bought a nine-figure yacht. I’m not even going to buy a jet to travel in.  I’m gonna be different.  I think I’ll go for an airship.  Think about it.  How many super rich guys you know have an airship?

These things are like flying cities.  Not quite but you can build one big enough that you can have a small screw and a few family and friends on board.  You can fly it over a stadium and watch football right from the top just like those Good-Year blimps. 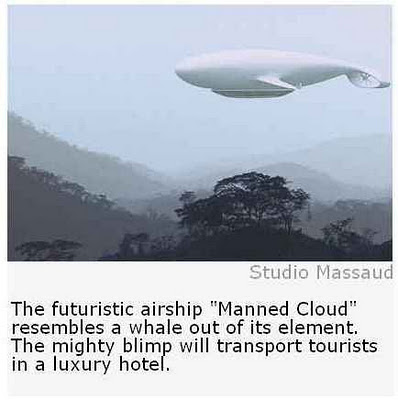 Obviously, I’ll punch out anyone who’ll call my ship a “blimp”.  Now, take this new airship-plane hybrid with solar panels to power its onboard systems and engine.  Now, this is what I’m talking about.  It’s from a Canadian company called Solar Ship.  They’re build these vessels to be cargo haulers but there is no reason why it cannot be converted into a luxury liner for any folk.

With a lift of over 30 tons for the biggest version, I’ll tell you this.  It’ll still cost less than a $100,000,000 private ship that can only go on the sea.  You take a ship like this out out far enough, all see you is the ocean all around.  With an luxury airship, you can see much further.  You can go over the sea or on land. 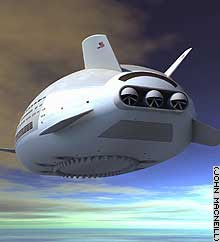 And back to the poundage that it can ferry.  We’re talking about 60,000 pounds.  You can have tables, beds, electronics, food, water, and other supplies you need to get from one place to another without much worries.

Also consider this.The Hindenburg ships had a capacity to carry up to 72 passengers and recorded a transatlantic voyage time of less than six days.

Capacity would not be an issue.  How about cost? 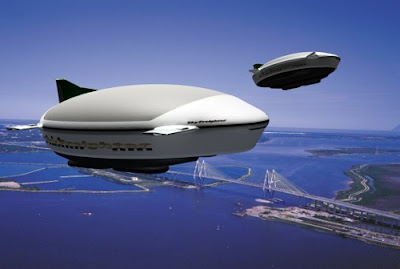 Well, as a super rich guy that I hope to become, I don’t think my dream luxury airship is going to cost me anywhere close to the $350 million yacht called “A”.    I’m pretty sure my luxury air liner will cost much less than Larry Ellison’s  $200 million “Rising Sun”.

I think I’m looking at something in the $25-$30 million range.  The actual cost of the ship is probably $20 million or so.  With a few million more to outfit it as a flying home-away-from-home.  A flying office if you will.  And these days, people can telecommute from their home office or coffee shop.  So, why not an airship as well?

Obviously, it’s doubtful that I’ll never achieve that level of affluence.  It’s more likely that someone like Sir Richard Branson will create recreational air cruises – call it the “Virgin Air Cruises”.  And perhaps some day, I’ll be able to afford to go on such a cruise.

Just to put some things into perspective, a 747 costs about $200 million.  And a Gulfstream G550 costs $50 million.  On top of that, I’m also willing to bet that my luxury airship costs much less to operate and maintain than a yacht or a business jet.  And most definitely more environmentally friendly as well.