For a while now, the hope is that the Transformer 2, from Asus, would be a quad-core tablet running Android.  And with Android 4 just out, can it be running Honeycomb or Android 4 when it goes on sale. 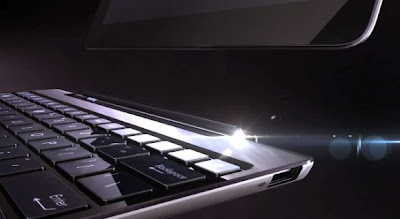 Here is a video from Android Community via Slashgear.

What a quad-core tablet means goes beyond just speed.  Asus' Transformer 2 also has a docking station that allows the tablet to become a laptop like workstation.  So far, we've only see something similar with Motorola's Atrix and Bionic.

I consider these docks to be important differentiators from Android competitors, specifically the iPad.  And with Android tablets moving to quad-core chips so quickly, it could be a hit with the mobile crowd that are interested in specs above all else.

After all, I've already declared Android to be PC-free.  And the success of Android tablets will only move that forward.
at October 19, 2011