Galaxy Note: The Notepad You Want In A Post-PC World


According to Droid-Life, Samsung has already shipped one million Notes (wiki), an Android device with a 5+" screen that is more a tablet than a smartphone.  And while shipping one million isn't the same as selling one million, you gotta believe there a market for such a form factor. 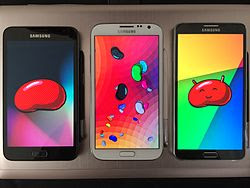 And Samsung's pledge to bring the Note over to the US market is another vote of confidence that even the 5.3" screen has a market.  On top of that, Samsung is showing us that, yeah, a stylus isn't something you really want to abandon as pre-iPhone.

Now, for those of us in the US waiting for a Note, when will this happen?  2012.  That's the only confirmed bit I can dish out.  There is talk about which carrier may carry it based on FCC filings but that's too early to tell at this time.

Now, here is what's interesting about the Note that reminds us that it's a smartphone rather than a tablet.  Battery life.  In this test here, it shows that it can hang with the best of them when it comes to talk time but Samsung has not been able to outdo the iPhone or come close to the Galaxy Tab with respect to the battery life.  If you're going to use this as your post-PC device, you really need your device to be able to handle the load, be it medium or heavy load.

It has to be an all-day device.  The Note is close which is why I think it's sold well and will rock the US market when it makes it here.