When Speaker Newt Gingrich declares that he will have a base on the moon by the end of his second term. It was a bold declaration. Not because he is in an uphill battle against a more heavily funded opponent who has spent the last ten years running for the office of POTUS but that we can actually have members of our space corp on the moon when we currently rely on our former Cold War foe to ferry our astronauts to and back from the ISS, international space station. 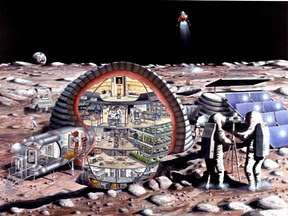 But for a short few hours, I was excited. Until my Star Trek induced fantasy gave way to the political and economic reality of such a daring endeavor. Perhaps had we not spent $1 trillion fight wars in the last decade and used that to fund this mission last decade, I would be saying "yes, we can".

This well-written Discover Magazine blog puts the whole moon base in perspective. It'll happen but may not matter who the POTUS is.

On top of that, space travel going forward will require a lot of private support and that is on going and private firms like SpaceX and Virgin Galactic are leading the way.

We will have commercial near-Earth activities that include science, tourism, and manufacturing, and are designed to create a robust industry precisely on the model of the development of the airlines in the 1930s, because it is in our interest to acquire so much experience in space that we clearly have a capacity that the Chinese and the Russians will never come anywhere close to matching.

There is more in the post. China's own space ambitions come to mind as does the cost of launching such a program and the effort it takes to maintain such a base. And the cost for maintaining a crew of four would cost about $8 billion a year, forget a whole state as a potential President Newt Gingrich laid out in a campaign speech to GOP primary voters in an important space state as Florida. It'll be interesting to see if he brings up the moon base idea beyond Florida or the presidential campaign should he end up being the Republican nominee for the White House.

But forget all that for a sec. The post brought up a vital point: if we go to the moon, we must do it for the right reasons and in the right way. 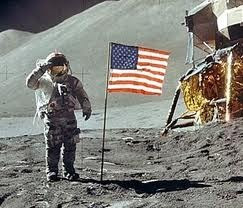 And the base cannot be held hostage by the increasing turbulent changing winds in American politics.


- Posted using BlogPress from my iPhone