With Avid Studio For the iPad, Did the State of Tablet Hit Puberty?


I've used iMovie on the iPhone and iPad and it's great.  I like it a lot.  And I'd like it even more if I had an ounce of creativity for making music and video.  Alas,  I don't but you know what, that might not really matter.  iMovie is really easy to use and this week, Avid Studio from Avid was released for the iPad.

So, I pose this question: has the iPad hit puberty?  And the tablet market is due to explode as professional mobile warriors, particularly the creative sort, find more innovative uses for tablets and realize their full potentials.

One case in point is the release of Apple's powerful suite of iWork on the iPad.  If Redmond wants to copy how office apps can be done right on touch screens, look no further than what Apple has done.  And given the huge advantage the iPad has in the tablet market, Microsoft has no choice but to eventually release Office for iOS.

But the newest example of the tablet market coming of age is the release of Avid Studio by Avid.  It's being dubbed an iMovie competitor.  I've used iMovie on the iPhone and iPad.  I've not used AS yet.  Based on what I can see, it's no comparison.

Avid Studio is at least a version of improvement over iMovie for the iPad.  I'm sure Apple will improve upon iMovie or, more likely, release some version of Final Cut for the iPad only.

And keep in mind, the iPad has only been on the market for two years.  Given the amount of innovation and new multi-billion dollar app industry that it has spawned in such a short time, we can't help but feel that we are at the bare tip of a huge iceberg.

Here are some screen shots and there is a video that you can click through to watch it in action.  You can't help but feel mightily impressed by Avid Studio and what the future holds for iPads and other tablets. 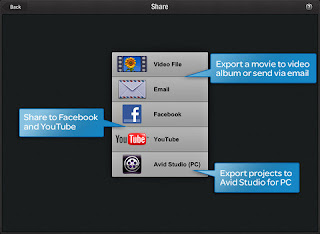 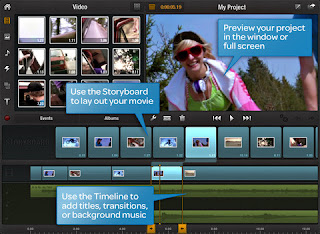 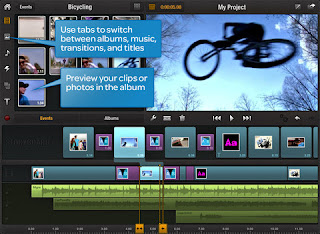 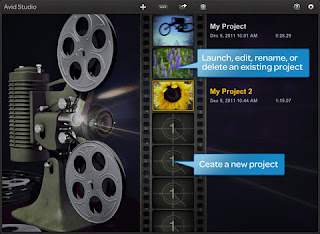 I found this video that does a pretty good overview of the app.  You'll be able to see for yourself just what I'm excited about for the future of the tablet market.