It’s hard not to get into the he said/she said battle going on between Apple and its competitors in the smartphone and tablet market.  Above all, I’m a mobile tech fan.  I’m not an Apple or a Google can do no wrong kind of fan.  They can and they do all the time and I try to point it out when possible.  Still, you have to be skewed to not think Apple’s iPhone and iPad has not given birth to some copycat devices.  As for the copying part, I'm with Apple on this one.

Yeah, Samsung quickly comes to mind.  In fact, I have to say that Microsoft’s Windows Phone and upcoming Windows 8 is as different from the iPhone, iPad, and iOS as they come.  So, I’ve got a plan that could really put a hurt on Apple’s copycat competitors.

On March 7th when Apple unveils the next iPad, there is a chance that Apple will unveil the next upgrade to its Steve Jobs’ hobby, Apple TV.  Go one step further.  Announce it’s forth coming iTV, Apple own HDTV, if all the rumors about it is true. 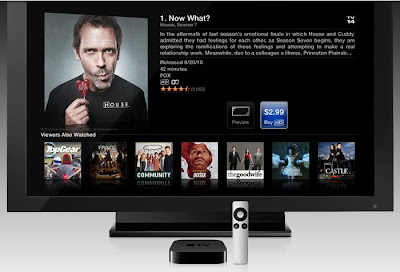 More at On Apple.