Google's $200 Tablet Means It's More About Going After Kindle

There's a rumor going about that Google is partnering up with Asus to produce a $200 tablet.  Let me get to the point of such a device:  it's about Amazon's Kindle Fire, not the iPad.  For now, I consider this rumor to be delicious from a fanboy perspective but nothing more and I'll explain why that is.

If you don't already know, meet the MeMo 370T from Asus.  Let's call it the MeMo without the number suffix.  It's a 7" with 1280x800 resolution Android tablet running Android 4 (Ice Cream Sandwich) on a Tegra 3 quad-core ship. 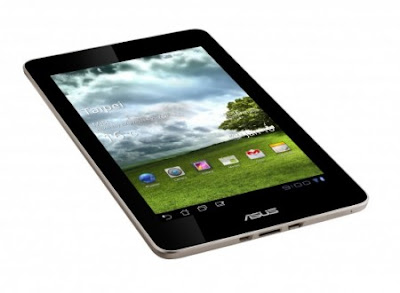 Compare this to the iPad 2, it gives Apple's iPad quite a run for its money.  However, it's totally two different segments of the market.  Anyone who wants a 10" tablet likely will opt for an iPad.  In the sub-10" tablet part of the market, there is no Apple presence.

And previously, On Android has commented on the dire need for a Nexus tablet. As in Android tablets really really needs some kind of leadership from Google.

So, I find it plausible that Google could make it's first Nexus tablet with a smaller screen to drive cost down to avoid a direct confrontation with the iPad, for now.  But I believe the more likely reason Google is going with a 7" tablet rather than a 10" tablet has more to do with the Kindle Fire than the iPad.

Up until Amazon's entry into the tablet market, the Android tablets has not fared too well at all.  And one by one, flagship Android tablets failed to capture a significant marketshare.  Even Samsung has publicly admitted the Galaxy Tabs have not sold well.

No Android tablet has sold well until the Fire.  However, the Fire, which runs on a modified Android 2.x really isn't an Android tablet, is it?  And this is of great concern to Google.  And with the Fire and Nook both retailing at $200 and sell well and both Amazon and Barnes and Noble operating their own app stores, Google is really getting nothing from their Android investments.

And this is where the Google-Asus rumor comes in.  The MeMo will retail at $250, a very good price point for the specs.  Crazy good deal.  Not even Samsung's Tab Plus, another 7" tablet can come close as it retails for $350.

And because the Fire is doing so well at $200, the rumor is reporting that Google is working with Asus to bring down the Nexus tablet down to $200 as well.  Not happening.  This would mean not only is Google for the sake of competing with Amazon, it is will risk a civil war with its Android tablet partners like Samsung who also makes tablets with 7" screens.  And let us not forget that a $200 Nexus tablet, even one designed with Asus' help, would effectively kill off the MeMo sales.

While I love reading rumors, we avoid writing about them unless they offer speculative values as in this instance.  To wrap it up, we believe Google will likely enter the tablet market using its own Nexus brand with a 7" tablet with some awesome specs running the latest Ice Cream Sandwich that will cost anywhere between $250-$300 to compete directly with Amazon's Kindle Fire and, indirectly, against the iPad line.