Google's Footprint In China Is Still Pretty Big, A More Open China Could Be Key To Its Future


Google had a spat with China by ending self-censorship that resulted in Google pulling out of China and returning in a sort of a roundabout manner.  Nevertheless, Google's footprint in China is still pretty big.  However, being a corporation  with a sole purpose of generating profit and returning value to its shareholder, Google is in a difficult position as far as search and information sharing goes.

China censors just about everything.  And while many have had issues with that, they've kept quiet about it out of fear of angering Beijing.  Others like Yahoo's Jerry Yang become collaborators.  Now, we got word that Apple maybe replace Google's search on iOS in favor of a native search solution, Baidu.

Where does this leave Google's future in China? 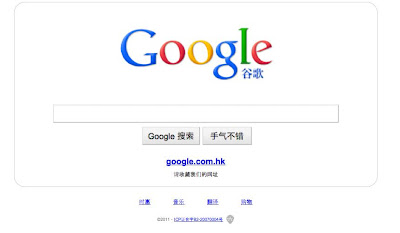 Currently, Google's Web presence in China allows for Gmail access with little else.  I've had friends in China asking me to stop sending them Youtube links because they simply cannot access them.  The home page in China is uninspiring, a very 1984-eqsue page that has a link to its Hong Kong search engine which is not censored.

Google has maintained a page here that gives users information about what services are accessible in which country including China. So far, the page shows only Youtube access has been blocked.  Meanwhile, it's likely search results are censored which is why Google directs users to the HK search portal with a link.

What makes this all the more interesting is the popularity of Baidu, which is heavily censored and the reason for Apple working with it.

Meanwhile Android's future is very secured in China.  It offers a cheaper alternative to Apple's iOS.  Only recently is Microsoft trying to break back into the mobile market.  However, because just about anyone can do what they want with Android, it's not likely Google will benefit even if Android eventually does take a lion-share of the handset market.

What could save Google's future is a power struggle happening now in Beijing as power change hand.  Recently, Bo Xilai, princeling with ties to the more dogmatic past was deposed as reformers trying to gain an upper hand.  These reformers are trying to move China towards a more open and democratic society.

For now, Google continues to chip away.