LG. HTC.  Motorola. What does the three have in common with each other other than that they make mobile devices based on Google’s Android? 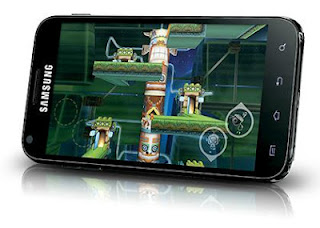 Well, apparently, they’re playing second fiddle to the Samsung Galaxy.  And in this case, branding is a major advantage for Samsung.  Over the weekend, I met up with a friend who had been an iOS fan and he got himself a Android device through Amazon.

Unsurprisingly, he took out of his pocket an Android device with an awesomely vivid screen which I right way recognize was the Sprint’s version of the Galaxy S II.  I still asked him why the Galaxy and not another Android.  It was simple.  He’s heard of the Galaxy but not the other brands.

I’ve long suggested that the other Android competitors need to not only fight mobile devices running on other platforms but those within their own ranks.  I know many had suggested that the Nexus brand from Google would be the one to beat but Samsung has shown that it can overcome that barrier. It has gained a reputation that rivals that of the iPhone.

We’ll see how Motorola answers the Galaxy once Google has competed digesting the merger.  It’s unlikely Google will fold Nexus into Motorola, at least, not right away.  I would like to see Motorola develop the RAZR even more.  And it may have an advantage in that it could manage to ship out updates faster than its competitors.

As for HTC, LG, and others like Sony, they’re gonna have to figure out other ways to overcome the Galaxy brand.  Viao phones,  anyone?