Election Results In France and Greece Means Change For the US, President Obama’s Campaign May Need To Take Notice in November As Well 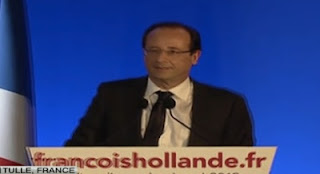 When Dominique Strauss-Kahn, former chief of the International Monetary Fund, became embroiled in sexual assault charges and other kinky stuff that has since come to light (he might have been involved in a prostitution ring), it looked like current French president Nicolas Sarkozy had a pretty good chance to win reelection.
However, given the troubles at home and around the EU, and Sarkozy and German chancellor Angela Merkel's plans to stabilize EU finances, the French voters turned away from Sarkozy and elected a new president, Francois Hollande, a Socialist.

There will be a lot of political analysts, cable pundits, bloggers who will pour over the election data trying to figure out the pulse of the French people.  In large part, the vote was on against Sarkozy personally. Furthermore, his austerity measures for France and the rest of Europe were vastly unpopular.

But it won't be just the French or the EU that will feel the effects of this change.  November elections in the US and Wall Street should also pay attention as well.  More at Greenjava.
on May 06, 2012