Nexus 7 devices with 3G support have sold out on Google's Play store.  We don't know how much Google had on hand but I am very curious how this is doing against, not the iPad, but Amazon's Kindle with cellular support. 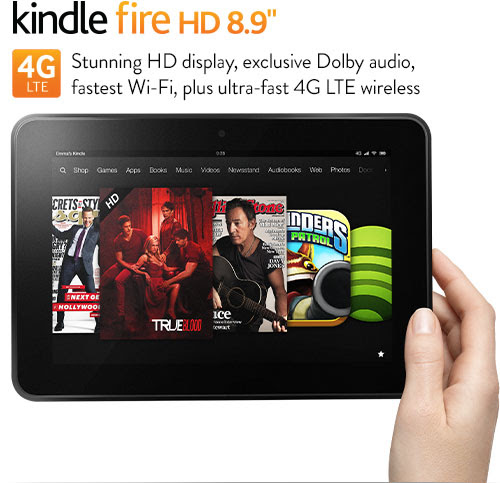 The difference beyond the screen size and price is that the Fire 8.9 will also include 250MB of cell support for an one-time fee of $49 for a year.  Oh, and one more thing.  The $499 price means you have to settle for "special offers".  That means Amazon offers and ads.  Amazon welcomes you to pay an additional $20 if you want to opt out.  Gracious of them, no?

Still, I'm not sure if that will get anyone jumping up and down with excitement.  And it's also interesting that there is no 7" Fire with 3G.  Maybe we'll see them next year.

Which are you leaning towards?

I'm not big on the Fire.  I rather go with Nexus from Google because of the pure Android play there.  With Amazon, they're quite temperamental with contents and who knows what'll set them off by deleting your contents and cancelling your accounts like they did in the past.

With Google, you also know you'll be getting better Android support behind anything other Android device makers will offer.  And you are getting it for a great price of $299.

While Amazon does offer a bigger screen with the 8.9" for the Fire, the advantage for Google's Nexus 7 is just too overwhelming in my mind.