A new device from Google called Chromebook Pixel has me very excited.   I'll admit that I'm a Mac guy but this could be the laptop that launches Google into the mainstream laptop mind share of mobile users and put Apple and Microsoft on a defensive for a bit. 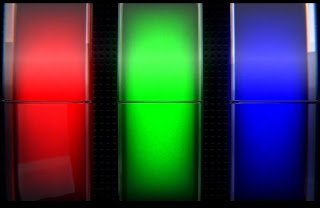 While this has the making of a rumor which I hate reporting but there is a video of it on Dailymotion. 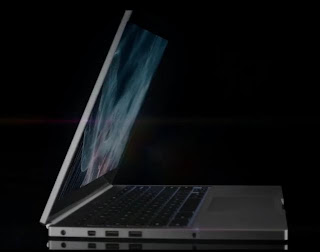 And what's interesting is that Pixel is touch-based.  This is very exciting news.  Not even Apple's has a Mac with touch-screen.  Of course, it could be fake but I don't think so.  Remember, Google now has Motorola's engineers who are infused with Google' innovative juice.  Anything is possible.

And what's even more brilliant about Pixel is what it can do in the video but that Google is seeking to position Chrome OS for the high-end as well. 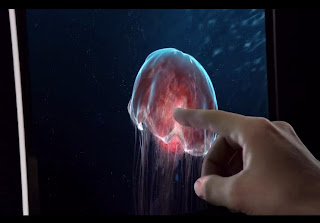 A couple of things about the Pixel design as we see it in the video.  It looks awefully like a Macbook.  I don't know about you but I like to see Google work around that.  There's enough different designs out there that Google does not have to copy Apple's product looks.

How much would this cost?  It's had to say.  I figure it's gotta be at least $499 and higher.  It'll be interesting to see whether Pixel will run using ARM-based or Intel-based chips.  Also, what kind of graphics will it have.  I'm also interested in knowing whether the demo in the video is done on the OS vial HTML 5 or a standalone app.

So far, a quick search reveals nothing beyond what we see here.  Nothing on specs and a few sites are even calling this a chromebook concept.  I think it's quite possible that is the case but technology will move forward to the point that Pixel could come out sooner rather than later.

If Google does release Pixel, it will be one of many on the market.  Many Taiwanese companies already sell Chrome OS netbooks and Google got it's highest endorsement by way of HP - Pavillion 14 Chromebook.

All in all, I'm looking forward to see Google go head-to-head with Apple and Microsoft in the PC market.  This is looking like a very interesting post-PC era.