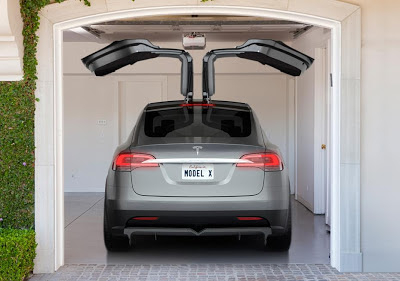 Today, most cars being sold on the road are still gas drinkers if not outright guzzlers.  The inroads being made by hybrid vehicles has been slow but the march forward is assured.  In the last couple of years, the hybrids were joined by electric cars like the Volt and Leaf.  Lately, we’re hearing more about Tesla as it has gotten its house in order and actually started shipping their electric versions.

And it’ll only get cheaper over time as availability, costs, technical advancements, and competition drive the price down and green vechicles become more common.

Even then, fuel efficiency as mandated by the US government and others around the world improve for regular gas engine cars, you have to wonder at what point do we drop “green” from the hybrids and electric cars and just call them for what they really are?  Eventually, the fuel efficiency requirements will increase to the point that they may well exceed today’s hybrid vehicle standards or reduce much of the carbon emissions.

And when will we get to that day?  I brought this up now because it’s something I’ve been thinking about as I look through some pretty rosy lens for the future.  The answer is no one knows but I do reckon it’ll be a while.  Hopefully, I’ll still be able to drive and appreciate it.

Also, recently, a couple of people I know bought Tesla cars.  Each approaching $100K.  Now, I don't have anywhere near that kind of money.  But I'm hoping in 4-6 years, the prices will drop so much that they will be so ubiquitous and average joe like myself can finally affording to go green.