I'm Waiting For A Nexus 7 With Smaller Bezel

It's time that I get a new Android tablet.  I was looking at the Nexus 7, foregoing the Nexus 10 or a Galaxy device because I do like the smaller form factor.  However, having play around the iPad mini for months, I kinda want a new designed N7 with small bezels. 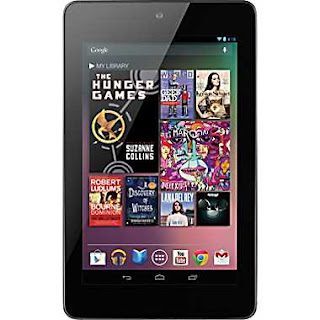 I have to admit that when I first tried the iPad mini, I was not sure I would be able to avoid touching the sides of the screen by accident and mistakenly input something - type on an extra letter or two, clicking on a link, or make a bad move during an intense gameplay.

But none of that actually happened. While I think the N7 and other 7" tablets are small enough, I think they can get smaller and lighter.  And with technology having about a year to improve since the Nexus 7 went on sale on the market, I think this is doable -lighter, smaller, and still in keeping with the performance and battery life.

And who knows, we might be looking at a cheaper updated Nexus 7 in 2013.  Furthermore, I like to see what Motorola can do given that it has not really done anything in the 7" tablet market.  It's likely that Google will keep Nexus phones and tablets away from Motorola and allow its engineers to develop competing devices separately.