Space: Jeff Bezos Funded, Led, And Found Saturn Engines That Took Americans To the Moon, Restoring Them Now For NASA


Regardless of how you feel about Amazon or even its CEO, Jeff Bezo, you gotta love the guy for what he’s doing here:  he launched an expedition that recovered enough parts to rebuild two Saturn V engines that took Americans to the moon during the Apollo program in the 60’s.  You know, a time when we put country first and felt that if we set our minds to anything, we can accomplish it.

Interesting thing is that NASA will continue to retain ownership of the engines that will be put on display as museums.

According to Bezos' update:


What an incredible adventure. We are right now onboard the Seabed Worker headed back to Cape Canaveral after finishing three weeks at sea, working almost 3 miles below the surface. We found so much. We’ve seen an underwater wonderland – an incredible sculpture garden of twisted F-1 engines that tells the story of a fiery and violent end, one that serves testament to the Apollo program. We photographed many beautiful objects in situ and have now recovered many prime pieces. Each piece we bring on deck conjures for me the thousands of engineers who worked together back then to do what for all time had been thought surely impossible. 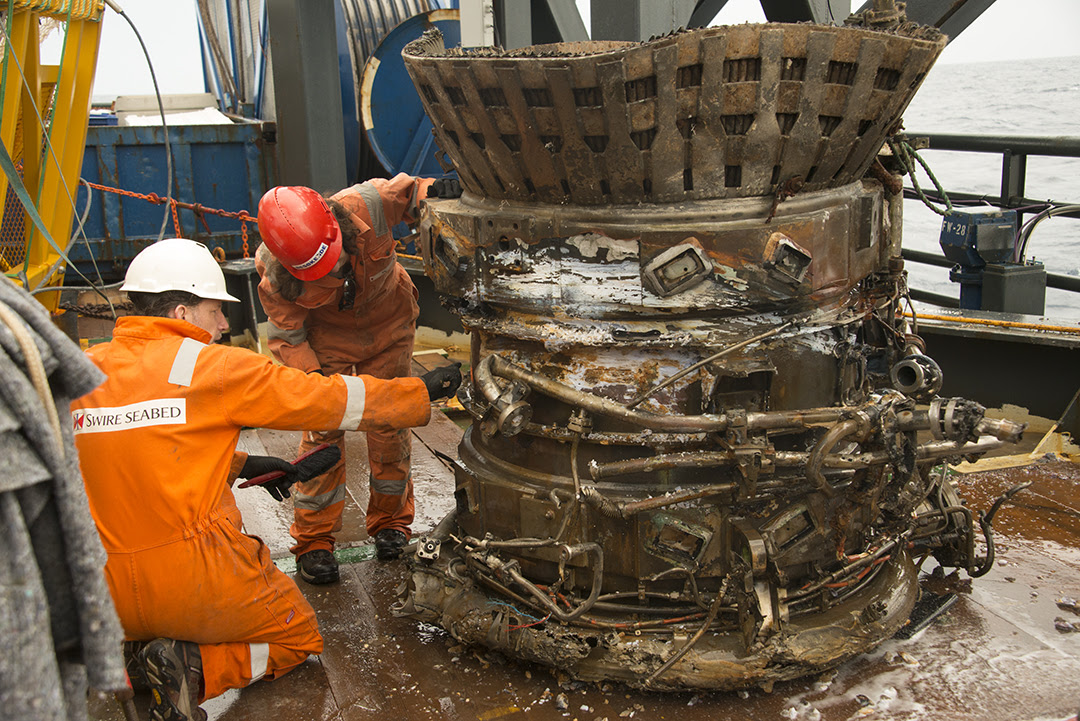 I cannot underscore what an achieve this is.  For Bezos, I am hoping his interest in this field will lead to Amazon or one of his many other investments lead to future projects actually in space.  Who knows?  This could be where the various tech giants turn their attentions to after the mobile war is over.