Google And Samsung.  Samsung and Google.  Partners?  Definitely.  Friends?  At times.  The common perception now is that Samsung is using Android for a major of its mobile devices but could be moving on in a few years as Tizen matures.  So, I like to see Google really prepare for that day.

There is talk that Google's Motorola won't be joining the specs war with Samsung, HTC, or others by releasing bigger screens and, maybe, faster CPUs with more and more cores.  However, I would like to see a pure Android with a 5" or greater screen from Google, and the Nexus line would be the perfect place for such a device. 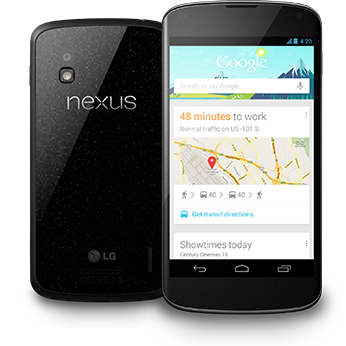 So, I want a Nexus 5 or 5.5 to compete with Samsung's Galaxy S 4, HTC One, and Note 2 and 3. What got me really think about this is when my mom asked for a Note 2.  She felt the iPhone 5 screen just was not cutting it.

Truthfully, I think only Google understands in the in-and-outs of Android and with that comes better updates and security.