Twitter As A Future/Better Bloomberg? Yeah, I Can See It


I scoffed at this Fortune post when I first read it.  Then I gave it a few minutes to sit and then realized that Twitter can be not only be a future Bloomberg or newswires but it might even be better and make money in the process.

Twitter might be able to position itself as a cheap alternative to business and data terminals in ways that was not possible before and charge only a minimal cost. 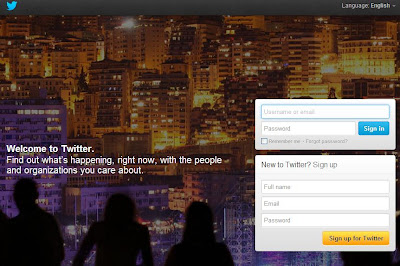 In fact, it doesn’t have to be related to business or regular news at all.  Lists or categories could be created that allow paid subscribers to more tweets than public ones or at least provide them first for subscribers.

Pretty soon, financial disclosures or company plans could be unveiled via Twitter and other social networks and bypass or augment traditional disclosure routes.

Right now, Bloomberg has added a Twitter channel, not unlike those I've set up for myself for social and tech news in addition to their regular feed.  Twitter can offer curated lists to paid users with exclusive content or just offer them free with more ads.

After all, Twitter is where many tech and news junkies to these days.  In the aftermath of Google announcing its decision to kill Reader, I've begun using Twitter as an alternative source for hour-by-hour updates.

Will Twitter replace Bloomberg or traditional newswires   Probably not completely if ever but Twitter can position itself as a viable alternative.

Of course, Twitter accounts are prone to hacking so Twitter will have to find a way for better authentication if it chooses to go down this route.  This week, AP’s account was hacked and a tweet about the White House shook the market causing billions to be lost before the market recovered after learning it was a hoax.

Such a business plan can extend to other types of Twitter services.  A magazine can offer subscribers special tweets or a celebrity can provide more details about their lives to paying fans.

Twitter will have to strike a balance between the service it offers now, which is essentially free and paid for by ads and any potential paid services in the future so that the free portion of Twitterverse doesn't get degraded to the point that traditional users felt left out and abandon the service.