Cyanogenmod Is A Company Now - Could Be More Open Than Google, Offer Better Security, And Promises No Crap

This is fantastic news and it could be what Android fans envision since Google announced Android.  Truly open Android free from the shackles of carriers, device makers, and, quite possibly, even Google in some respects.

The company is being supported by Boost Mobile co-founder Kirt McMaster.  From its blog, CM recalled its early days.  Mods for the first ever Android device, the iconic and epic G1.  Yup, I had one.  Still do.  Brown.  Even power it up from time to time to see if everything is okay.

That G1 one was no looker but it was a workhorse especially after applying Cyanogen's mods.

Taking Cyanogen in this direction happened when Steve Kondik, the developer of these mods, was contacted by McMaster about making CM less of a hobby of sort and really dedicate more time and resources with it.

Who could say no to that?

Honestly, this is something that is definitely more inline with what open source advocates are after.  This is what I'm after.  And above all, it seems CM is more serious about security than anyone else.  The new company will focus on core goals:  security, no junk, and build features wanted by users (not corporate hacks and apologists).

For now, CM is focusing on building an easier installation app.  Yes, that is a welcoming piece of news. 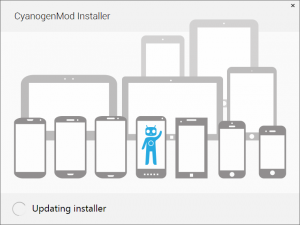 What do you think?  Cyanogenmod or Android for you?  Because folks, there is a diff.  For me, if this works out, it is CM all the way for me.