By now, you should know that Samsung had just completed its live event to promote the Galaxy Note 3 and Galaxy Note 10.1.  And oh, Galaxy Gear.

Both of the Notes were right on par with expectation.  However, it was likely the Gear that points the way to the future in wearable tech.  However, Gear was underwhelming to say the last.  One day of battery life?  Serious, Samsung? 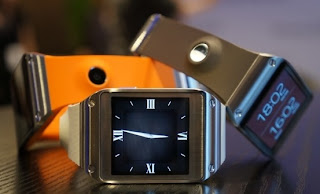 Samsung really needs stop it with the hype that they cannot follow through.  Let's hope that Apple and Google can show Samsung how it's done and maybe Gear 2 (with some design/feature inspirations from others - not copying) will be better.

This is one of those cases where rushing to get it out the door did not do Samsung any favors.  If you read the comment sections of tech blogs, it's decidedly negative.

Still, I'm looking forward to picking up a Note 3.  It's by far the best tablet on the market specification-wise.
at September 04, 2013