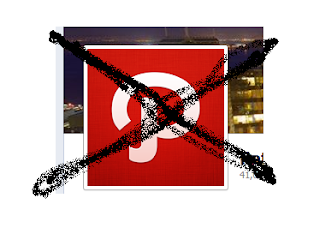 I used to be a Path user and supporter after all the privacy-busting moves that Facebook made to rape every bit of information and pictures its users uploaded in the name of making a buck.  It's outrageous and I stopped using it and found Path.

However, I've become disenchanted with it after a series of moves to increase users.  Mostly through unethical means like spam-texting an user's contacts.

But it's no Facebook.  So, in trying to increase the number of users, Path took questionable and ethically challenging "paths" to spam users who share their contact list on their iPhone or Android device.  It's just wrong.

Even not legal.  And there are lawsuits pending to determine that.

But I get the feeling that this will not be the end of it and Path will not be the last ones to try this.  The fact of the matter, like many things that companies will try to win users over or make money in general, is that unless the punishment is so severe and outweigh the risk of fines or backlashes, they'll give it a go.

When caught, they'll try to explain away their actions.  Say that others are doing it or that there's a loophole for them to do the unethical but not illegal things.  Or apologize and backtrack and try again when they think no one is looking.  Facebook is famous for trying this.  Change privacy policies on the fly or claim ownership of pics or other bits of information users share. Then when there is a backlash, they'll feign misunderstanding and explain away their actions.

They chip and chip away a bit at a time.  And unfortunately, the users allow it to happen.