Mobile: What Would Former Blackberry Execs Use When Their Company No Longer Make Phones

We already know that Google CEO Eric Schmitz uses a Blackberry.  It's not really a scandal or anything because he seems likes the type on physical keypads and there are no Android device with physical keys that can compare to what Blackberry makes.  And we also know that in the Gates household, there are no iDevices.  I think for the Gates kids, its probably just Lumias and Surfaces.  The executives for these two respective companies, Google and Microsoft, have choices. 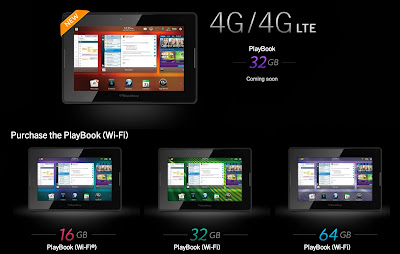 But what happens when Blackberry, in the midst of its bleakest of nights, gets sold off as it is currently trying hard to do, gets broken up and sold off as parts, and stops making Blackberry hardwares?  Right now, with the Playbook really going nowhere, and let's be honest, hardly anyone buying it even with a steep discount, it's dead.

So, what are Blackberry executives, current and former, and employees using as tablets?  Android?  Probably.  iPads?  Yeah, I think it's right up there.  Surface?  Sure, why not?  But maybe they're sticking with their laptops.

But you can pretty much be sure that most of them have smartphones - probably everyone is outfitted with a Blackberry device.  That will remain the case until Blackberry stops making hardware - which could really be any day now.

So, what will the executives and employees lucky or unlucky enough to be around with what's will be left of Blackberry use?  Android devices and iPhones are the top choices.  Heck, maybe even some Windows Phone devices from the Microsoft/Windows BYOD fifth column in Blacbkerry.

Even now, I wonder what the Blackberry founders, Mike Lazaridis and Jim Balsillie, are using.  Have they defected?  And what will they use post-Blackberry?  Interesting to think about.
at November 02, 2013