Social: Dick Costolo, Twitter's CEO, Has A New Team, And A Long Road Ahead - But Solution Could Be Simple

Twitter is making money for the most part.  But it's growth is slowing.  For regular folks like you and me, your average Twitter users, that's not bad.  Growth is good.  And even if you're not but still profitable, that's not bad either.  But for investors and Wall Street, well, they're don't live normal Main Street lives like us.  So, when Twitter reported that they expect growth to slow, their stock took a hit. 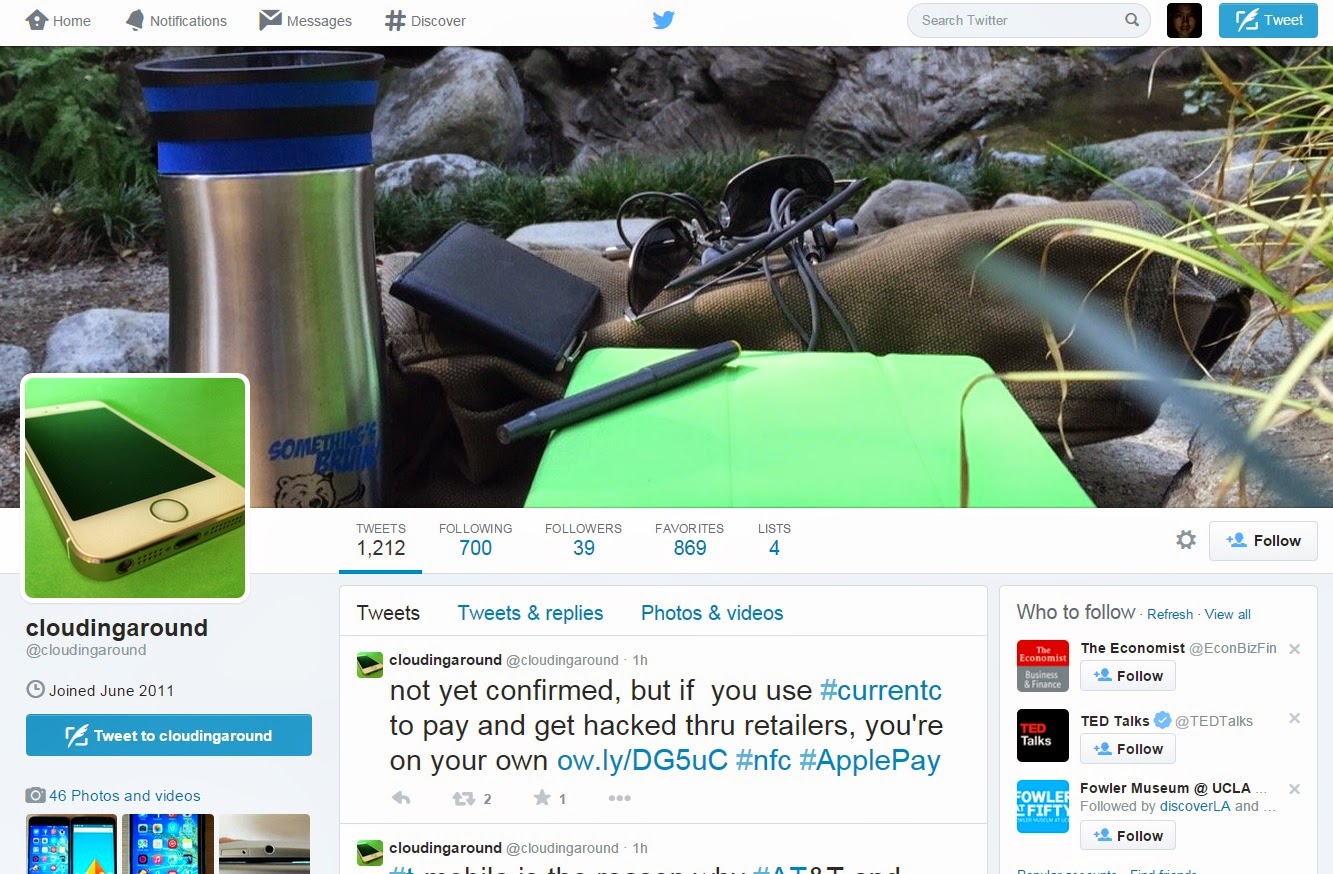 The problem for Twitter is engagement.  Getting users to use it and to keep coming back.  That's Twitter's problem.  Personally, I use Twitter on a daily basis.  I use it to keep track of news and tweets from a small number of people I follow.  I tweet out a few times a day.  I retweet as well.  And I engage other users about once or twice a day.


I can't say that is the same Twitter usage from my friends.  And I know of no family members who uses Twitter.  (My cousin's husband does but we don't follow each other.)

And I hate to say it but Facebook, on the other hand, is entirely much more engaging than any social network we have ever seen.

With his new team, Twitter's CEO, Costolo, has to build on what they have now without going down a "me, too" route or to directly compete against the likes of Facebook.  If there is a solution for Twitter, it is better off looking at Google+.

While Google+, initially dubbed the Facebook-killer, I didn't think so at the time.  I thought it was more a high-charged Twitter.  It offered greater multimedia engagement and definitely longer than 140-characters to express oneself.  I might spent a couple of minutes at a time on Twitter before I move onto something else but on Google+, I definitely spend much longer.

Twitter's main metrics for users is their monthly active users index (MAU).  That is the number that is not impressing investors.

The other issue is how Twitter is engaging users on mobile.  This is an issue that Google faces and Facebook seems to be doing better than everyone else.  Twitter, like Facebook and Google, have to contend with competitions from third party chat apps - which lead to Facebook buy Whatsapp for $19 billion.

The third issue is the number of log-out users who do no log into Twitter as an active user but one who engage Twitter, probably through searches.  However, it did seem like management was using this as a defense to deflect away investors' focus on its overall growth.

And now, according to Business Week, Twitter has its fifth lead of product in five years.  There is no question that even as Twitter is growing, they don't know where they want to grow into.

As members who fall into Twitter's MAU, it's more important that Twitter give us more reasons to stay longer and engage with other users as a community.  I had thought of Twitter as a new form of global forum format that makes it easy to use.

For new users, Twitter has to maintain its ease of use and give them reason to think of going to the Twitter app when they pick up their mobile devices in the morning or unlock them throughout the day.

Twitter is going to go away.  It'll continue to grow.  Perhaps, Costolo should be more like Mark Zuckerberg and concentrate on making users happy rather than investors.
at November 01, 2014