Gigaom, by all accounts, is a very popular tech blog and many assumed that they were doing well.  There are plenty of eyeballs on the Internet so it was surprising to hear that they closed down.  What was interesting was that it came suddenly, without warning, and even its employees had no idea that was coming.

So, what happened?  Well, there was a flurry of posts about it but the gist was that they took venture money rather than grow organically.  By taking on investors, there is always an urgency to deliver.  And by whatever metrics used, Gigaom did not measure up. 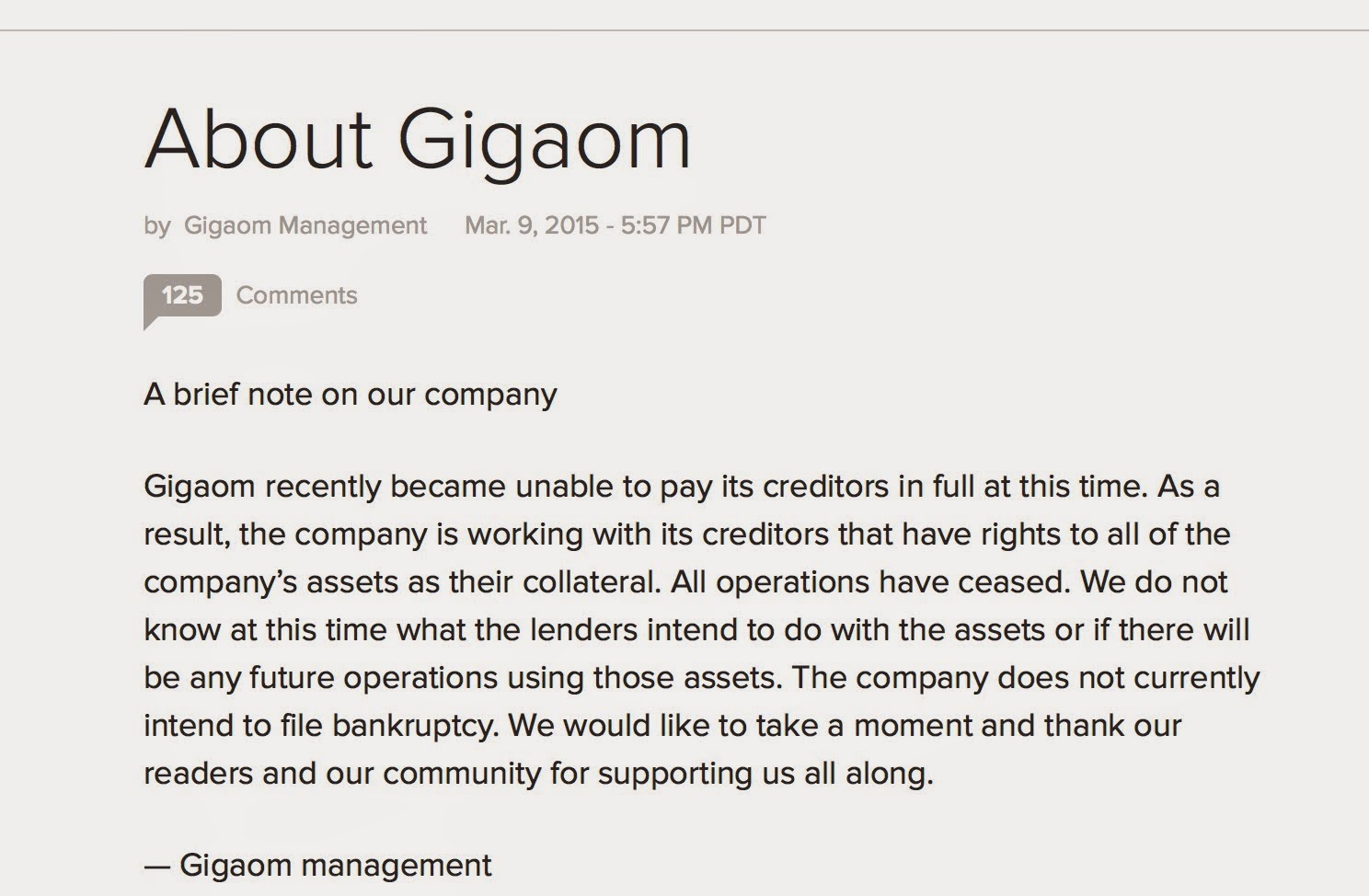 However, blogging is alive and well.  There are plenty of sites and blogs out there, including this one. It's important to understand there is a difference between blogging for the love of the subjects and blogging for profit.

In the aftermath, I think the sudden closure of Gigaom has given many notice and not just to bloggers.  You're going to hear a lot of people, writers, entrepreneurs, and developers all talk about organic growth.  In fact, that has already happened as some developers talked about not taking VC money and growing based on the merit of their products and services.

It's ironic given that in 2008, Gigaom pushed a post on how small app developers (casual gamers) can survive the Great Recession.  It's too bad that they did not write an article on how a tech news site like itself can survive VCs.