Apple Pencil on iPhone Will Happen But Be Prepared To Wait

The countdown for the next iPhone upgrade has started.  It depends on when the clock started but with a September iPhone event less than two months away, Apple fans and people with older iPhones or Android switchers are gearing up to get their hands on the iPhone 12 even in the midst of an pandemic and uncertainties going forward.  Along with the anticipation the plethora of news and rumors, mostly rumors, about what is new with Apple’s mobile devices.  One feature many iPhone users are likely hoping for is Apple Pencil support.  It ain’t happening this year. 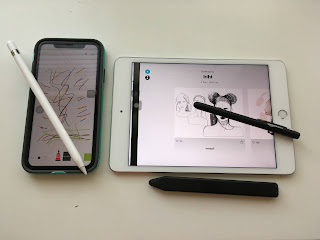 With iOS 14 instruction and betas widely available, users have a good idea what Apple has planned.  A lot of times, new features in iOS 14 are not in the beta until after Apple announces new hardware and the features exclusive to the new devices.  Some new camera features in the native camera app were not in the iOS 13 betas until after Apple released the iPhone 11 and 11 Pro.  It’s like that is the case with iPhone 12/12 Pro and iOS 14.

However, there are smokes that point to what Apple have planned.  For example, form factor leaks were on Twitter for at least a month.  Just this week, specs of possible batteries for the 2020 iPhones have become hot topics.  And earlier this year, news that the green iPhone Pro could make way for a blue one this year (which would be a shame).

As for Apple Pencil, the best reference of the pencil to an iPhone was a post back in June from an Apple blog site that mentioned Apple Pencil support on the iPhone is a wanted feature.  At this point, even a sketchy rumor about it would be greatly appreciated.  Alas, there has been nothing on this front. 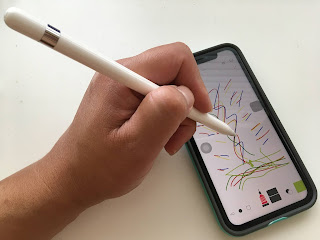 This is unfortunate given that another rumor about the 2020 iPhone Pro is that it will have a bigger screen with a smaller notch than the current iPhone Pro.  With a screen that is close to 7”, having Pencil support would allow users greater productivity even if it may cannibalize iPad sales.  But even that is unlike unless users buy the iPhone Pro over the closest iPad competitor in terms of size, the iPad mini.  And Apple would definite want users to buy an $1000 iPhone Pro over a $400 iPad mini.  It is unlike that the iPhone Pro will cannibalize the 11.5” and 12.9” iPad Pros just because the iPhone Pro now supports the Apple Pencil.