If you have a few hundred millions of dollars to spare, perhaps I can interest you in the Thor Explore yacht from the Gresham Yacht Design.  at 100 meters, more than the size of an football field (yeah, you can do your daily jogs around it with the view of the ocean horizon on one side and perhaps the shores of Santa Monica or any beach or island of your choice in the Pacific or the Mediterranean on the other side), skip around the world with your posse, or just stay on board in the newly designed concept saloon and decks. 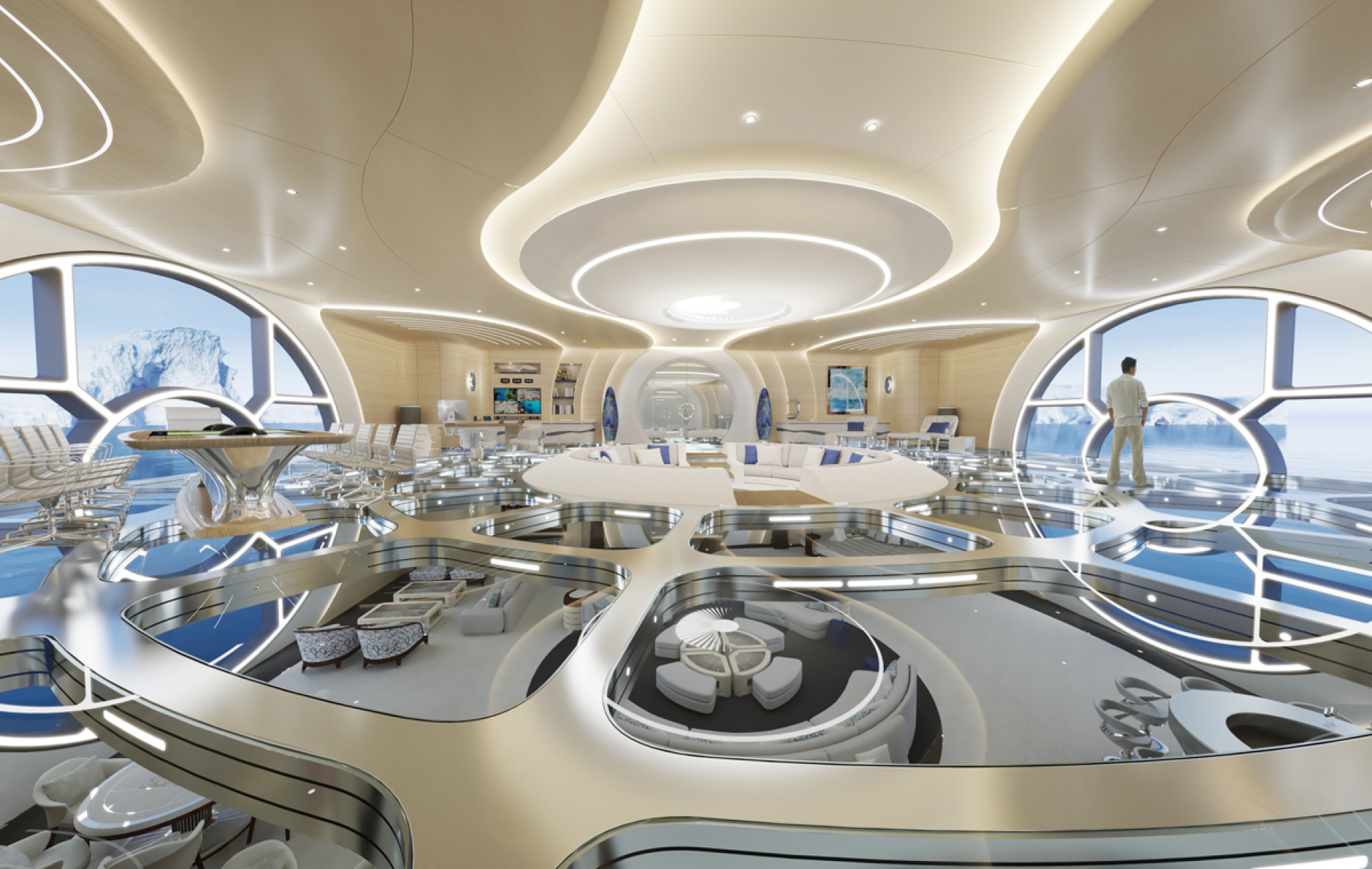 More than that, Hollywood could take a cue from the the designers at Gresham and learn a thing or two about the designs of the next starship for summer science fiction blockbusters.

Now for someone who still rocks a 15-year old car, I have to admit that once I make my first billion, I'm getting me a brand new sweet ride. And it would be this.  Surprisingly, while I get car sick, I don't get air or sea sick at all.  And this would be perfect.  I mean, after all, I've been working from home since the beginning of the pandemic back in March.  I would not mind working from the Thor Explore here.  Plus, I'll be doing my own social distancing and isolation with a few of my pals. 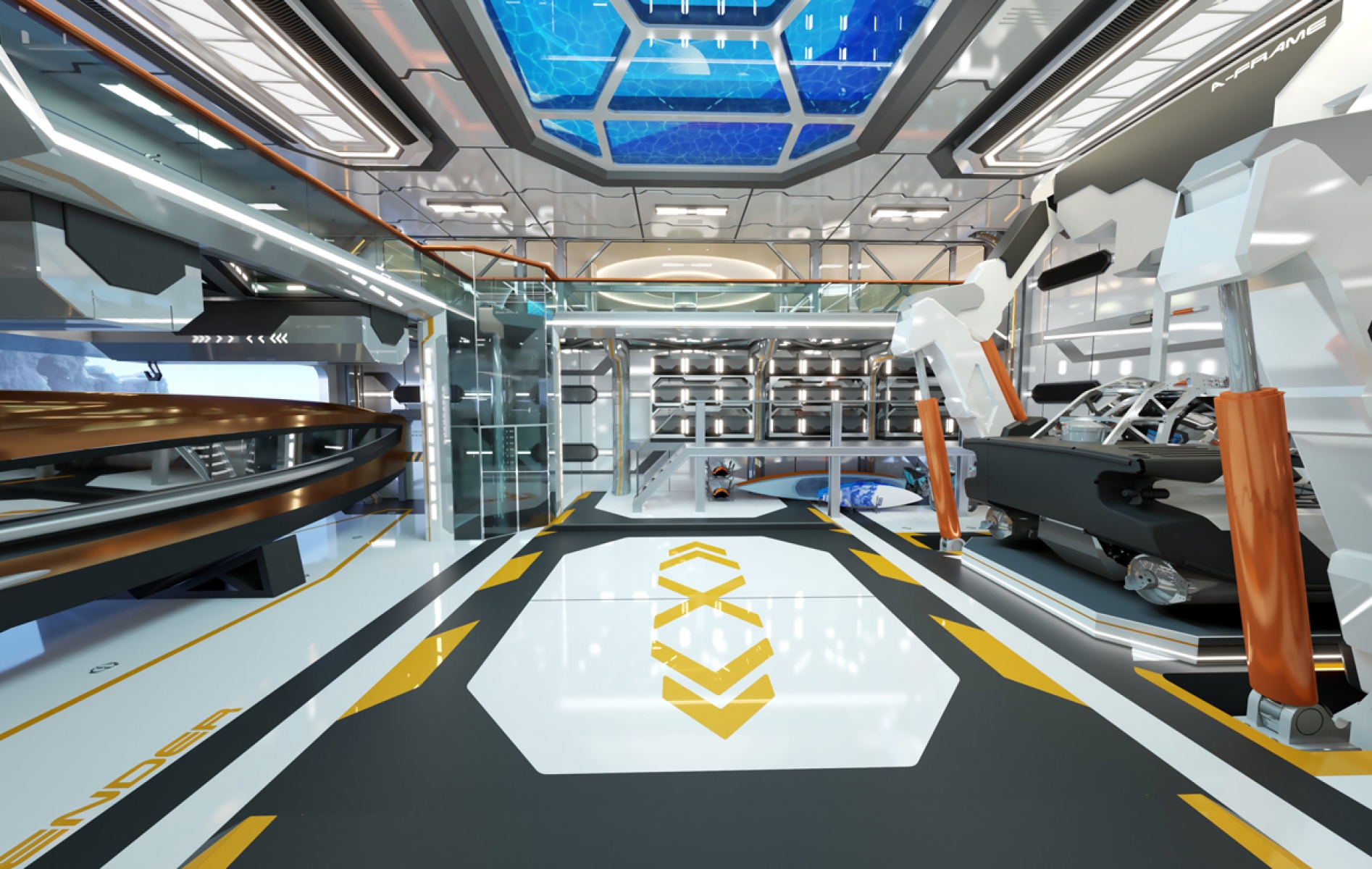 Looking at these concept artwork, who would not want one of this if you can afford it.  There is a beach club, aquarium, skylight that it out of this world if for whatever reason you feel being out in open water is not, well, open enough when you are inside the ship, and lots of glass floors.  Oh, and the glass floors can be turned opaque for privacy.

And it even has a large hangar that future owners like myself can put in an assortment of toys for, you know, the away missions to shore or if you just want to jet-ski around the water.  It is even big enough for a personal submarine. I didn't even know where was such a thing.  As a future billionaire, I think I have a lot to learn about being one and what's available to me.

To put this in some perspective, at 100 meters long, the 747 max out at 76 meters and the biggest US aircraft carrier is 333 meters.  So at 100 meters, the Thor Explore is all that big.  And after a quick visit to Super Yachts, with the average super yacht coming out to around 160 meters, maybe my 100-meter space-age Thor Explore could be called "cozy".

As for cost and ownership, there is not one for the Thor Explore right now.  According to Forbes, a 180-meter one commissioned by a rich Middle Eastern price cost $600 million.  With only one billion to start, I won't go there.  But smaller more ones for down to earth poor billionaires like me can certainly afford to get one for $200 million.   Steve Jobs commissioned one before he passed.  The Venus comes in at the time around $150 million at 78 meters.  Sadly, the Apple founder passed before he was able to use it.  Also, many Hollywood, Silicon Valley, and Wall Street giants also have little boats like the the Thor Explore.

So, Gresham Yacht Design, expect a call from me between Monday and never.  We need to sit down and talk about my own boat.