Apple: M1 On the iPad Pro and Mac Not Ideal For Cryto Mining. Yet

Ever thought about using your brand now MacBook or Mac mini to earn a few extra bucks by using them to mine some cryptocurrencies?  For now, you can forget about it.  Leave that to crypto farms or others who have the know-how.  In fact, it's very likely that mining crypto is not on Apple's mind when it designs  future chips for the Mac or iPads.  The reason is that it has been tried and the M1 was only able to earn fourteen cents a day - that roughly comes out to $51.10 a year.  That will get you a medium latte a month for a year. 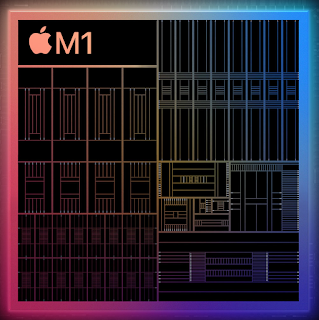 To be fair, the M1 was not created for any intensive mining in mind.  It was created to run MacOS and iPadOS efficiently and with as little power as possible.  In terms of efficiency, Apple first laptop chip has ran rings around offerings from AMD and Intel.  For crypto mining, it takes a different type of computing on all its own. Graphic processing units specializes in mathematical computing that does rendering faster than regular computer chips.  And it is why miners buy GPU, specifically mining ones, for just this reason.  Right now, Apple's M1 while very competent in the rendering department, it cannot hold a candle to these speciality chips.  (More from CryptoCoinSociety).

Will Apple's chip one day rival discrete GPU?  Speaking for Apple fans, one would hope so or want to see Apple offer something close that can rival offerings from the likes of AMD and Nvidia but that is likely years away.

One might wonder why regular computer chips do not just ship the superior computational capability that GPU offers?  CPU is redesigned for operating the computer and it makes no sense to have the kind of power a dedicated graphics card needs.

If one considers getting a Mac mini with a M1 chip, the cheapest Mac Mini out there, it might earn about 14 cents a day while some other CPU can earn up to thirty-seven cents. Dedicated GPU can earn up to $1.37 a day.  Plus, a mining rig can be created with multiple GPU, something that cannot be done with Macs. 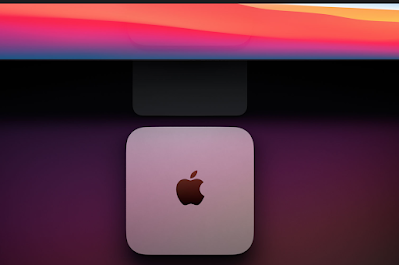 Will Apple release a chip that will one day be as fast as discrete GPU that can also be used for mining? Apple is sure going to try but it will do it for this reason.  Should Apple be able to do that or even surpass its competitors in this department, it might joke about it during its unveiling but it will not be marketing the chips to crypto miners.  They are not Apple's market and never will be. Apple's Macs are regular users to office workers to professionals.

And if anyone in this market wants to use their Mac for mining while plugged into a solar array that can provide free power and can rig a bunch of inexpensive Mac mini together, hey, who knows, right?