When Apple came out with the original iPhone and spoke about how great the first version of the Gorilla Glass from Corner was, I tried to imagine what it would be like five versions down the line. It would be so strong and scratch resistant that, well, it would eventually be crack and scratch resistant, right? Just like this new LG foldable glass, the first generation is promising but I don't know if it will live to up expectations. So, I wonder what the third or forth generation of this foldable glass will be like. To do that, we will have to visit the first time we were told about how strong the original iPhone glass was. 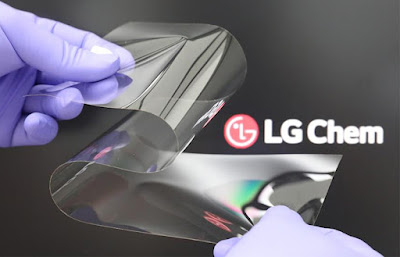 When Steve Jobs went on stage to unveil the iPhone to the world for the first time, it was also the first time we have ever heard of Gorilla Glass from Corning. We heard later about how Apple with with a plastic screen during the prototype stages and how bad the screen became as a short period of use and how Apple went to Corning and Steve Jobs warped Corning's CEO into his reality distortion field and convinced him to give him something impossible.  And the Gorilla Glass was born.

As far as I know, Apple is still using the Gorilla Glass from Corning. I think we can definitely say that the glass has improved vastly since 2007. I still get a small scratch here and there and continue to cringe each time I see a broken glass in an iPhone 11 or 12 on the Internet. We are not at the point of shatter resistant and through also more scratch resistant, today's Gorilla glass isn't quite there yet.

So, with LG marketing about how good it's foldable glass is, I have to believe that they have some way of backing up all this talk, especially if Apple will use it one day. Apple will continue to demand only the best and, again, the impossible as far as how durable and scratch resistant the LG glass is going to be. Oh, and let's add crease free to that.

If what LG says is true about its foldable glass and Apple is impressed enough to use it, imagine what the third or fourth generation of the glass is going to be like. Imagine how impress and cool that would be.

If it all goes according to plan, expect LG to start selling them to customers (ahem, Apple), in a couple of years.