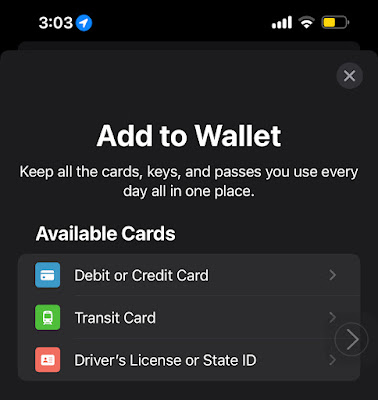 Apple’s newest push into a non-tech market is finance and this one could be the biggest ever than Apple’s move into mobile market. According to sources, Project “Breakout” is Apple’s attempt to bring more financial tools and services to its users. There are a lot of speculations as to what it can mean but looking at how and where Apple can dive into, let’s just right to it and ask: Is Apple Bank is coming to an iPhone near you? The news came from Bloomberg . However, I feel Bloomberg should have done a deeper dive into this information from its sources at Apple or at least ask for clarity on the project. Immediately after the news came out, some fintech stocks dropped. However, I wonder if they should have been the ones to worry about Apple’s encroachment into the financial services market. Any time Apple moves into a new market, in this case, the financial services market, it takes years for Apple’s impact to be felt. And it is never felt in a jolt at felt throughout the market. It’s
Post a Comment
Read more

March 31, 2022
Source: CNBC . Russian aggression and invasion of Ukraine has brought a realignment of global affairs and changed the normal flows of political and economic activities around the world. As Putin's brutal Urainian war enters a second month with heavy Russian losses, sanctions on Russia has highlighted just how fragile globalization has been and it takes only one despotic moron to ruin it for everyone. It is as if an ongoing pandemic was not enough.  With the Russian economy cut off from foreign capital and major currencies, I had wondered if Putin will look to the black markets and even the gray areas of global trade to blunt the catastrophic effects of Western and allied sanctions on his diminishing economy. And it looks like crypto could offer him a limited lifeline. It is clear that some nations are attempting to reap the benefits of the previous economic relationships and some are trying to claim neutrality to avoid angering Putin and continue to buy cheap oil and gas from him.
Post a Comment
Read more

Android Tablet Is Dying, All Hail The Chromebook (and iPads If You Really Need The Tablet Form) 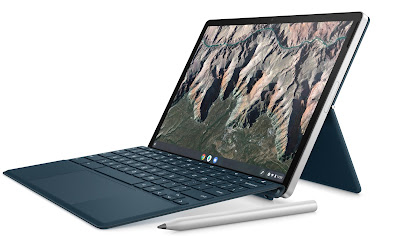 I'll get right to the point - get an iPad. And if you really adamant about staying in the Google ecosystem, then get the apps you need on the App Store because most of all the Google apps you need are there. But if you really insist, likely because you detest Apple so much or you have spend a lot of money on Android apps, then perhaps a Chromebook is the best choice. The last Android tablets I own was the Nexus 7, a wonderful tablet, and then when Google stopped selling their own branded tablets, I with an Asus tablet that looks similar to the Nexus 7. Since then, I've stopped dabbling with Android tablets and decided to just stick with an iPad mini. Now, the suggest I made above is not one I made lightly. Here is a bit of how I came around to the Chromebook as a better option than an Android tablet. First, I am not a fan of Chinese branded tablets. I just non-Chinese ones but there are just not a lot of them. Samsung tablets are awesome when it comes to hardware, it's top
Post a Comment
Read more

MacOS Can Boot From A M1 iPad, Only if Apple Makes It So 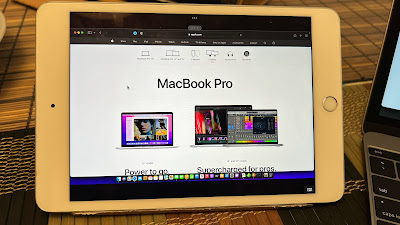 "Make it so," Captain Jean-Luc Picard of the Federation starship, the USS Enterprise, commanded in his familiar British accent even though he's French because, I did not know this, that by the 24th Century, French was became an obscure language. My hope is that Picard can just as easily command the USS Cupertino to get their engineering team finally allow MacOS work on any iPad with the M1 chips and beyond because it makes sense, it is doable, it is in high demand, and it will make Apple a lot of money.  One reason why I do not think Apple is ready for MacOS to run on an iPad is the experience - there are some UI issues that Apple needs to work out for touch interface. Of course, like most Mac users and increasingly iPad users as well, we have been using our iPad with a keyboard and mouse.  I have used Windows 10 and 11 on a HP laptop for work and half the time, I do not even remember that the screen has touch features. And I hesitate to use it because of smudges and it
Post a Comment
Read more

March 25, 2022
I've been doing on Twitter to get as much updated information on the illegal, illogical, and ill-conceived Russian invasion of Ukraine. It isn't easy but looking through hundreds of tweets at a time, I start to get a general idea of how things are going for the brave Ukrainians and how the West is trying to help and how that help is helping to turn the table on the invaders. Through these tweets, you have to work your way through a lot of misinformation - both pro-Russian and pro-Ukrainian ones. It felt a little gross figuratively. However, you get the sense that this is a social media war that the supporters of Ukrainians  are winning and anti-Putin tweets just do not have the muscles it did a month or so ago. I'll explain why. During Desert Storm, I could not get enough of the 24-hour cable news update on how the US and allied forces (including forces who are generally considered anti-West) storm out of Saudi Arabia to liberate Kuwait and then later in 2003 when the US (w
Post a Comment
Read more

The Case for Why Apple, Fisker Or Anyone Else Can Thrive In The EV Market 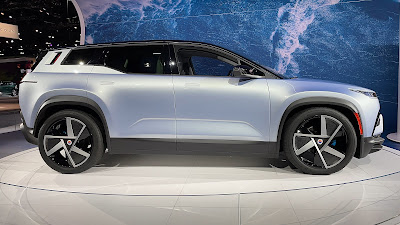 Apple has the formula down for entering a market and thrive. It did it with the iMac/iBook, iPod, iPhone, iPad, EarPods, Apple Watch, and services and it can continue to do that as the giant California company continues to expand into other markets. In looking at how Tesla and other auto companies are doing in the EV market, I came to the conclusion that Apple or anyone else who follow Apple’s formula for getting a product to the market can hope to do well and thrive. I’m a Fisker Ocean fan and I have a reservation for an Ocean. It’s a risk I know but given the history of the company and its founder, Henrik Fisker, I think Fisker has the making of an Apple-like story in the auto industry. But I also believe that if Apple ever does enter the market, it has the ability to duplicate the success it has found in the computing and mobile markets. This all started when I started looking at the financial numbers from Tesla to see if there is any justification for Fisker’s value to increase bec
Post a Comment
Read more

January 11, 2022
I’m no labor expert beyond that I am a drone like most everyone else. Working from anywhere is no longer a phenomenon due to the pandemic. A great number of folks will not be returning to the office. With that said and one with, here is one that will excite almost everyone - 4-day work weeks or as I like to say, three day weekends! Oh, and some might call it 32 hours work week, whether that is 7 hours a day or actually just 4-day work week depends on the company, I guess. So, I’m going to start tracking articles as I come across them - stories about who is implementing the 4-day work week, where it is happening, and what government regulations might be involved. Here is the first one: D'Youville College in Buffalo, New York will trial a 32-hour work week for six months. And it is a 4-day work week. It is a pilot program that limited to certain administrative staff. A good beginning. ( Inside Higher Ed , Business Insider ) 1/11/2022  The world is changing and we are witness a huge
Post a Comment
Read more
More posts