Mobile And Battery Life Ready For Primetime In Power Outages

Because of some work being done on my house, I did not have power last night.  Of course, I would have appreciated some warning from the contractor but it was a good "drill" if you will of what an emergency without power would be like.  In some respect, I was ready.  Almost.
I had my banks of USB-charged batteries, one with more than 10,000 mAh and two with more than 20,000 mAh.  Not to mention a couple of LED lights that were solarly charged.  How did I fare?
No power meant no Internet service.  Now, I don't know what would happen in a 10+ earthquake on the Richter scale which we may we see one day living in California and all or a Category 5 hurricane which we are never going to see in drought stricken California, it's possible that we may see all of our power knocked off along with cell towers toppling over.  But since this was a drill, I had cell service.  And best of all, I have T-Mobile so I was able to Bing-On with music and video. Not an issue at all.  No worries about data overage.
As for power, I have an Anker solar charger that should for the most part help me get enough juice at least for my smaller handheld devices, an iPhone 6 Plus, and charge my Asus tablet and the iPad mini.  Beyond that, I would have to fall back on a solar generator that I have never used before.  It's charged but I have not tested it for some time.  If the power issue persists today, it would be a great time for me to set it up and see if it is still working.
As for other aspects of preparedness should this have actually been a real natural or man-made disaster, like most urbanites, I would have been out of luck.  I have some dried food and enough water for a couple of days but nothing that would last me a week or two.
For this drill, I'm glad I managed to get through it well enough.  Perhaps, there are some other adjustments and equipments I should get.  I'll revisit this once I do.
at March 24, 2016 No comments:

For anyone who is a sports fan or just a fan of behind the scene type of stories, here is one about how Nike lost Golden State Warriors' Stephen Curry to rival and up-and-coming Under Armour.  I'm partial to UA so I guess I enjoy this story more.
I still find it interesting that we live in a society that still base a large part of our purchases on celebrity endorsements and not necessarily based on our own tastes and needs.  Certainly, we don't need $300 footware for going to school, gym, or just getting around.
Still, more power to the players like Curry who are coming to into a system is that so good at promotion and augmenting their salaries.
In the story, there was a level of disrespect and lack of interest from Nike which I found surprising.  And let's be honest, these guys, athletes or actors, all have a lot of ego.
Now, no one can fault Nike - not really.  Disrespecting Curry probably was not something it had intented, at least not in the manner that Curry's dad, Dell Curry, seemed to have protrayed it.  If anything, Curry was not that big a start as he was in 2013 and Nike could not be faulted for not courting the future superstar in a marke that was not Los Angles, New York, Chicago, or Miami.
The latter part of the article about UA's effort to secure Curry was far more interesting.  A Good read.
Source: ESPN.
at March 23, 2016 No comments:

AI And Robot: Apple Unveiled A Robotic Tool To Take iPhones Apart For Recycling - How About Putting an iPhone Together?

Sure, tech and Apple-centric pundits are not impressed with Apple's announcement today with the game changing iPhone SE with powerful specs and 6S Plus-like battery life and the 9.7" iPad Pro that should make investors very happy. But what most missed today is Liam, Apple's robotic tool, that if it works as advertised in the video below, could be the most revolutionary thing out of today's announcement.


Liam, designed to take apart old iPhones Apple received for spare parts and reclaim rare and expensive minerals, may well be just the beginning of robotics for Apple and its future factories.  If Liam could be designed for sophisticated tasks as pulling apart nuts and bolts and separating batteries and metals,

Liam could potentially have an even more sophisticated sibling that will one day put together our iPhones, iPads, Macs, and Apple Watches.

This could be the next major step in manufacturing from Apple that could revolutionize robotics and, perhaps, even AI.

Look at the battery specs for the new
IPhone SE. It has a battery life comparable to the iPhone 6S Plus. This bodes well for the next iPhone 7 Plus.

What does this mean? For mobile warriors such as myself who are constantly worried about battery life, the iPhone SE can be an excellent daily driver. 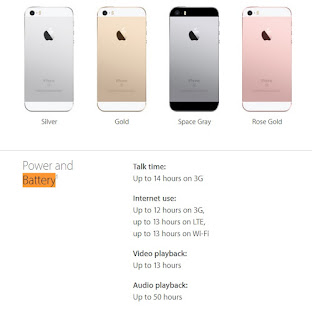 This was truly unexpected. At best, I expected to see iPhone 6S numbers of 10 tip 11 hours of use. But with 12 hours of estimated Internet use, this was beyond anything I had hoped for. 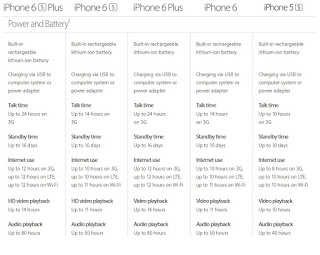 What does this mean? For mobile warriors such as myself who are constantly worried about battery life, the iPhone SE can be an excellent daily driver.

What this means is that we can expect even better battery louder from the next iPhone 7 or Pro update this fall.

Why aren't there more pocket watch accessories for the Apple Watch?  That's what I want to know.  And for that matter, just something that you can loop around your belt or pant loop would suffice. The only accessory I can find is this one that started off as a Kickstarter project. 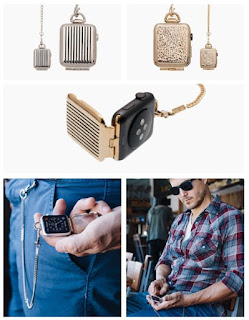 Bucardo, the company behind these pocket watches that allow you put use the inserts for the bands that let you substitute the top for the cover and the bottom for the chain.  For $199 each, it's more than I'm willing to pay for.  It's not bad but I feel there could be less expensive options.  Unfortunately, there are none after a couple of Web searches months apart.
if anyone knows of other designs and options, please us all of us know.  I'm sure there are quite a few who would love this optional use of our Apple Watches.
at March 11, 2016 No comments:

Politics: It's Donald Trump, Get With It Or Over It And Hard Choices for the GOP

More and more Republicans are tell the "Establishment" that they're going to stick with Donald Trump, regardless of how they feel about him. And this likely was not the reaction GOP old guards thought would be the reaction after former banner bearer, Mitt Romney, the last GOP presidential candidate in 2012, gave a speech blasting front-runner, Donald Trump, and generally stooping down to Trump's level by calling him a con-artist and a phony. One of two things happened in the 24 hours - most Republicans are now beginning to not only see but feel the anxiety and anger of the far right base of the Republican party that Trump has so adeptly tapped into to fuel his campaign and the leadership still believe they can right the Republican ship towards the brand of conservatism it is more comfortable with.

At the end of the day, no matter what plots Romney and Congressional leaders along with its super PACS and donors hatch up, it likely will not work and final calculation will force them to accept the reality that Trump is here to stay and they will have to rally around him in November and accept the possibility of the New York billionaire ascending to the White House.

Should Trump actually win and beat Hillary Clinton, the Democratic nominee (no, I'm not jumping the gun), the establishment will no longer be the establishment. There will be a changing in the leadership within the Republican Party. Their party will have died and a new one will take hold. It'll still be called the Republican Party of it will not be the ones of Reagan and Bush. It will really be the Tea Party with more far-right elements.

And the former establishment figures will have to do a long and deep soul search and decide if this is the party they can get around or they will be forced to consider other political options - like forming their own right-of-center party. Is the name "Conservative Party" taken?

However, if Trump crashes and burn in November, the establishment will be able to say "I told you so" and begin to rebuild from within - perhaps, change the primary rules to make sure no other candidate like Donald Trump can happen again. While some will breath a sign of relief, they should not.

The Tea Party and far right elements of the Republican Party is unlikely to go quietly. They will still be around and they will still form the base of any candidate who is willing to channel their anger and ideals. So, the GOP will have to decide if they want them around. Casting them aside is not their first option. Maybe the Republicans will adopt the super delegate concept to help more favorable candidate win the nomination in the future. In fact, this may be adopted even at state levels and make sure unelectable Tea Party candidates do not win congressional or state nominations.

Source:  ABC.
Disneyland and Disney World will both be getting their own Star Wars Lands and construction has begun.  With 14 acres, there will two main attractions.  Doesn't sound like a lot but hopefully, this is just the beginning.  Whether it is Orlando or Anaheim, Disney will find a way to expand Star Wars Land or even begin work on Marvel World (my name, nothing official) if there is enough demand.
One of the main attractions will allow visitors to this galaxy not so far away to fly the Millennium Falcon.
And even before the new attractions are completed, Disney has introduced seasonal pass with varying prices based on when visitors go.  Each month is going to vary in price and will have an 8-11 months lead-time so visitors can know the prices ahead of time.
Maybe seasonal passes is going to help folks decide when to visit the new Star Wars attractions and make sure there are "good times" (I've never been to Disneyland at a "good time") and when lines are not too long.
Can't wait.
at March 04, 2016 No comments: