Space: The Beast That Was - Potential World Killer 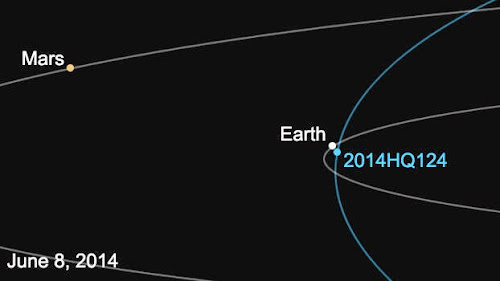 Because of the size of 2014 HQ124, coming in at a possible 1,300 feet, it is a potential devastating space rock that scientists as NASA have dubbed it "the Beast". With the Beast coming in at a close 770,000 miles of the only world we humans have, there is no worry that it will hit us this time around.

Nor will it strike us when it comes around for another round in 2200. Having said that, hopefully, we would still be around and we likely have some other similar encounters 180+ years. Plus, I hope by then, we would have the technology to deflector other potential world killers.

Sure, I don't expect our petty earthly conflicts and a propensity to ignore certain danger (like global warming) that would dramatically alter our way of life but not necessarily end it, a doomsday rock probably will not be ignored.