Here it is folks. The moment you've been waiting for. Apple is due to officially unveil iPad 2 next week, March 2nd. 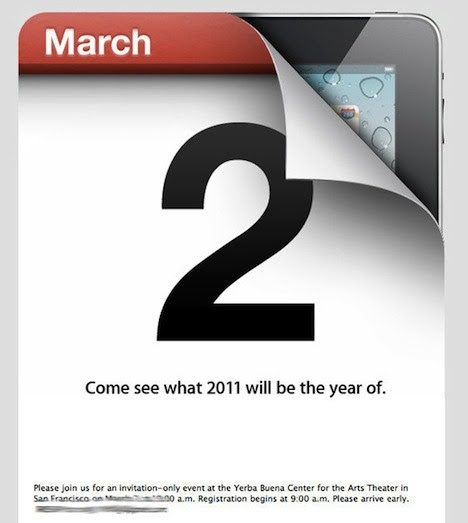 Here is one bit of speculation on my part. There has been talk that Apple has already shipped some crates of new merchandise to its stores and retailers. The speculation is that they are new updated MacBooks.

But what if they're not? Could they be iPad 2 units instead?

More at World of Apple.