5.3" Smartphone or Tablet? Samsung Note Tries To Be Both

Check out Samsung's new 5.3" Note - I guess it's a tablet. It can also be a smartphone like its Galaxy S II but with a bigger screen.  Whatever, I do like it.  However, I would only be interested if this was just a tablet with cellular and Wi-Fi connectivity but not as a phone. 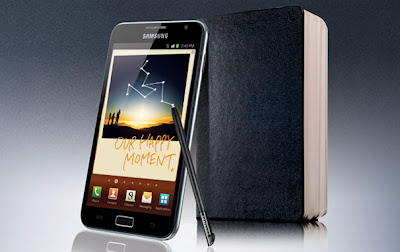 Here are some well known specs:


Unfortunately, it runs Android 2.3, not the true Honeycomb version of Android.  Thought it's not a fail for me, I would like to know what the battery life is like.

However, I see a market for this.  But I would have like Samsung to release this without the phone feature.  In fact, I would live to see Apple do something similar with the iPod touch.  I'll buy this in a heartbeat.