As China Become A Bigger Mobile Computing Market, Look For Their Influence On The Rest Of The World's Mobility


Apple CEO Tim Cook said the obvious during Tuesday afternoon's financial call with analysts:  China is huge.  It is now the second biggest market for Apple outside of the United States.  For Apple, it means sustained growth and greater demand for its products. 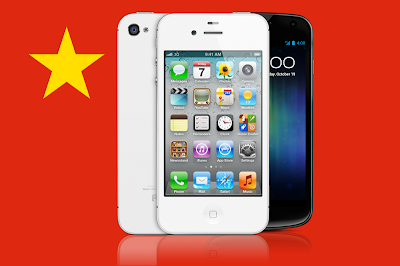 For mobile warriors outside of China, look for this to influence how Apple and other companies design their porducts to cater to Chinese mobile warriors.  And I think that will end up trickling down to the rest of us.  For instance, the QWERTY keyboard has such an influence on the world that it is difficult to imagine using anything else.

Apple has a layout that allows user to write in the Chinese characters with their finger.  I think other companies like Microsoft could conceivably do the same or allow the use of a stylus.  And obviously, dictation with greater access in iOS 5 will move things along.  Google has done quite a bit with Translate, the mobile app that allows users to type in words for direct translations.

And more than that, app developers will increasingly take notice of who their users are and cater them accordingly.  Already, the app market in China is one of the biggest in the world.

On top of that, launch schedules can be greatly influenced by China's growing mobile market.  I fully expect Apple, Samsung, and, in particular, HTC to grant greater emphasis on China.  In the past, mobile devices would not make their ways into China until months to even a full year after they've been launched in the US and elsewhere.  You can bet on that to change.