One Day, Screen Resolution So Dense, It'll Look Like Paper 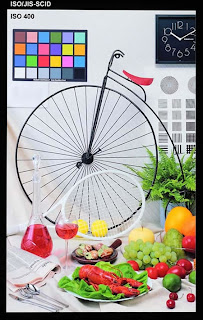 Right now, the highest resolution on a commercial device is in the iPhone 4 series and the iPod touch with the Retina display with at 326 ppi.

Of course, at some point, the density on the displays will get so dense that it's not going to matter much.  It's why I don't think companies are using their screen resolution as a bragging right (except maybe Apple). 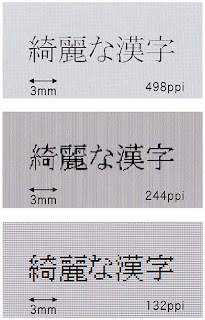 Within the next couple of upgrade cycles for screens on our mobile displays and even laptops, the ppi will be so dense that things will look like almost like it is now on paper.  Maybe even better.

It's only a matter of time before some device makers decide to give those sizes a try.  I would not mind something around 6". It's always one of those sizes that I think would be perfect for reading, use as a scratchpad, writing notes, watching videos, or playing games.

For now, it doesn't look like we'll see this in a tablet any time soon.  We have seen such displays of tech but doesn't come to the market fast enough.  There are only a few companies that with the capital and confidence in knowing that they can and will sell through a bunch of these tablets.