Really? Less Than 3.5 Million Honeycomb Tablets In The Wild? This Is Google's Fault


According to Slashgear, there is only 3.4 million tablets in use running with Google's current officially sanctioned Android OS, Honeycomb.  Can that be? 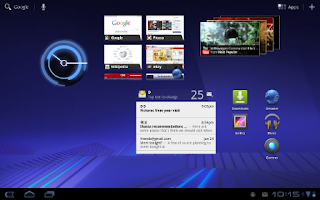 I don't know but if true, I think this is more Google's fault than anything.  While Honeycomb, when first introduced, was promising but Google should have heeded the tech bloggers when they said that Xoom felt buggy when shipped.

Meanwhile, Google was not the only one to have made that same mistake.  HP did it with the Touchpad (I'm a proud owner of one, BTW), also promising, but was sluggish and lacked app support, and then RIM did it the same thing with Playbook, just as promising as the other iPad challengers, but lacked key features (have they been added yet?  Like e-mail?) despite.

All these hardware received raving reviews of their hardware and promising tablet experience.  But when they were not ready for primetime to challenge Apple's iPad, customers never showed.  These tech companies have to realize that we mobile warriors are smarter and more savvy about today's tech.  There's this thing called the Internet and blogs that we would visit from time to time just before we spend $500 or so on some new mobile gadget.

So what happens next?  As a tablet and mobile fan, I'm not quite ready to give up on Android as a viable tablet platform just yet.  I think the iPad will always be the platform to beat, if not in sale figures, but in the comprehensive mobile experience.

So far, no one seems to know just what Android 4 brings to the tablet experience that Honeycomb is lacking.  I think if Google is able to deliver on the promises of Honeycomb, they can chalk that down as a win and let the tablet makers go from there.  Android 4, AKA Ice Cream Sandwich, is Google's effort to bring the smartphone and tablet OS into one unifying version.

This can help with the app support and provide a more consistent mobile experience for users.

It doesn't matter if you're an Apple fan or a fan of another platform, we all want to see competition in the market.  So far, the iPad 2 is the only game in town if the mentioned post above is correct.

Furthermore, I think there are other markets that Android and other platforms can attack that Apple isn't likely to go.  Take the Lapdock that Google's mobile hardware division, Motorola, continues to push.  It was Atrix at first on AT&T but Verizon's Droid Bionic will also get its own mobile workstation.  The Transformer has a docking station that turns the tablet into an Android netbook.  Both are examples of directions that iPad competitors can go into.

For now, we also wait to see if pricing pressure on the Honeycomb tablets this Christmas season will result in greater sales.