Siri on the Mac? Hope So But Apple Might Not Offer It 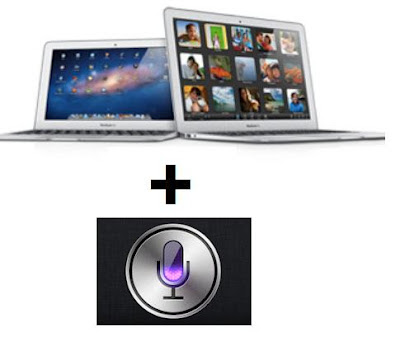 I’ve just begun to play with Mountain Lion, OS 10.8, Apple’s next update to the Mac operating system that includes many iOS specific features like Messages and quite frankly, changes to key features with iCloud integration.  One feature that appears to be missing from all this is Siri.  Granted, Siri is still missing from the iPad 2, an oversight that I hope Apple will rectify with the next iPad release.  But would it be stupendous if Apple also makes Siri available to the Macs as well?

I am thinking not just from a fan standpoint but also from a competitive standpoint in the mobile marketplace.  Windows 8 will be out by the third quarter of 2012 and tons of tablets and laptops that run Microsoft’s latest and greatest OS will be flooding the market.

Right now, I think most analysts and bloggers are just concentrating on the meaning of Apple’s surprising and cryptic preview of Mountain Lion and pour over what’s there, and not what isn’t there like Siri.  See, typically, Apple likes to schedule big media events for things like these previews.  They’ve done it numerous times with OS X and just about every single time with iOS.  This time, it was different.

Sandwiched between an educational media event in January for the iBooks and digital textbook publishing and a likely iPad event in March, I can understand why Apple doesn’t want a huge OS X update to overshadow what they are going to do next.

However, some believe that Apple saw a lot of what they like in Windows 8.  Let me correct myself.  As users, they might have seen a lot of improvements in Windows 8 that can have a major impact on iOS and OS X – meaning sales of iPads and Macs.  So, some have speculated that Apple is simply trying to upstage Microsoft’s own launch.

Others, who are less kind, believed Tim Cook and company blinked and panicked.

Whatever the reasons are, it is good to see that Apple is demonstrating to the market its more concerted effort to update the OS for the Mac.  In fact, Apple has indicated that like the iOS, the OS X will now be getting annual updates.

Back to Siri.  We all saw what Siri, still in beta, did for the iPhone 4S sales.  Now consider what it will do for the iPad sales if Apple enables Siri with the next update.  So far, Google has nothing that can even come close.  And Microsoft was caught flatfooted when Siri was announced and its speech in Windows Phone or Windows, while they exist just like they do for Android, is nowhere near what Siri can do along with the accompanying personality.

Now, consider what Siri can do to the Mac sales just against Windows.

Not just for padding Apple’s cash reserve but Apple stands a good chance of bring a whole new computing dynamics to the Mac as well.  Along with Apple’s growing and evolving multi-touch interface and voice command, mobile warriors can really take computing into a whole new direction with the more powerful Macbooks.

What I want and what Apple will do are two vastly different things.  Quite under the reality distortion field of Steve Jobs for years if not decades to come, Apple will do things that only makes sense, not because it’s there and they’ll put it in.  While it might be a no-brainer for us to want Siri on the Mac, Apple might have its own reason that are completely different from ours to include it or leave it out completely.

It’s likely that Apple sees the Mac computers, while growing compared to the rest of the PC market for years now, obviously does not hold the huge potential that exists in the smartphone and tablet market.  By not including Siri in OS X, Apple will have a better success of stirring people towards iOS products.

That makes sense.  Nevertheless, the PC market is not going to go away any time soon and there is still a lot of battles to be fought on the mobile PC front.

So, while I love to have Siri on my 11” Macbook Air come this summer, it’s Steve Jobs’ vision that will make that final determination.