Apple, Foxconn, And China Event - Manufacturing Really Ain't Coming Back To The US, But Clean Tech Is Key To US Future

Last night, I attended an event put on by KPCC, a public radio, in Pasadena that featured Marketplace's Rob Schmitz, the man who helped exposed Mike Daisey's lies about Apple, Foxconn, and details about the Chinese workers he met.  It was an excellent event with a packed house.  And I'm grateful to be living so close to such great organization.  And Mr. Schmitz was a great and accessible guest. 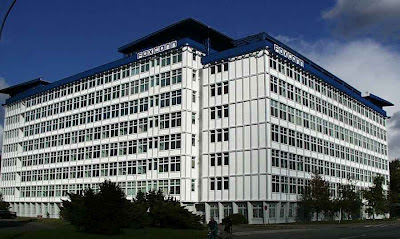 This morning, I read this post from The Daily Beast on manufacturing.  And it got me thinking about manufacturing and whether we can really bring back some of these factory jobs that Apple and others have been exporting for more than a decade now.

I spoke a bit with Mr. Schmitz about it.  From the Steve Jobs biography, we knew that President Obama asked Steve Jobs how he could bring these jobs back and Steve pointedly told him they're not coming back.

For a while, I thought if companies like Apple can invest in high tech consumer goods, they can also investing in high tech manufacturing that would require less labor.  We do know that Tim Cook is investing some of Apple's billions in securing a supply chain, insuring Apple will have ample supplies to satisfy demand.  While I won't get into the details of the conversation we had from last night, the point made to me was, no, those jobs ain't coming back.

However, the future couple be more American ingenuity and our ability to think out of the box.  Clean tech could be something that we can export to the rest of the world.  I happen to agree that clean tech is going to be where the future is at, including renewable power.

Hopefully, whoever is in the White House come 2013, we will continue to put more of our eggs in the green industry.  Anything about green seems to be just as much a dirty word to the right as anything carbon-based is to the left.  So, it's understandable that tech and green entrepreneurs are growing increasingly frustrated and disenchanted with Washington.
on April 24, 2012