eBooks: DOJ's Civil Suit Against Apple and Publishers Is About Collusion To Preserve Compeition 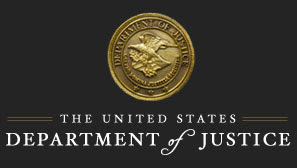 Does the end just the means?  That is the question in the anti-competitive suit brought on by the Department of Justice against Apple and two book publishers.  As far as I am concerned, that is the legal issue here.  Today, the DOJ sued Apple, Macmillan, and Penguin while Hachette, HarperCollins, and Simon & Schuster backed down and settled with the government.  At issue is whether the seemingly anti-competitive actions by Apple and the publishers to allow the publishers to impose their own prices on ebooks good for the consumer.

On face value, heck no.  However, that is only one part of the picture.  The rest is this big ebook player we all know as Amazon.  And before Apple came along and enter the ebook market when it started selling books in the iBookstore in in January of 2010, books were cheaper because Amazon was selling them at a loss.  However, it was an attempt by Amazon to amass a large market share.

What’s also interesting is that this is a civil case, not a criminal one.  Though no details of the settlements between the government and the three major publishers were unveiled, Macmillan’s CEO remains that they did nothing wrong and acted to make sure that Amazon did not recover its monopoly in the ebook market.

This is the possible that I think Apple took as well.  However, considering that Amazon is “forced” to make a profit on each ebook it sells, it has allowed Amazon to sell the Kindle ereaders at a thinner margin or, in the Fire tablet’s case, at a loss.

And it goes back to the issue of appearance.  The agency model, which allows the publishers to set their own prices, does in fact increase the price of ebooks but it also does seem to drive competition to a certain extent.  Getting rid of it does lower prices but allow Amazon to continue to sell ebooks at a loss in order to consolidate its market position.

Macillian’s CEO quoted this from the Author’s Guild, ““The irony of this bites hard: our government may be on the verge of killing real competition in order to save the appearance of competition. This would be tragic for all of us who value books and the culture they support”.

Other ebook sellers like Barnes and Noble, Google, and Sony have yet to weigh in.  It’ll be interesting to know where they stand in all of this.  And at the end of the case, should collusion be allowable in order to keep one company from gaining a monopolistic position in the market.