Can Apple Be Stopped? Who Will Win With Microsoft Bring Windows 8 to the War? Can Google’s Android Brush Off Redmond?


The day Steve Jobs returned to Apple, no one then could have thought that Apple would still be around today let alone remain one of the most valued companies in the world.  And through it all, Apple has resurrected its Mac computers, disrupted markets, created new devices, and continue to innovate to this day.  Easy, right?  Definitely not. 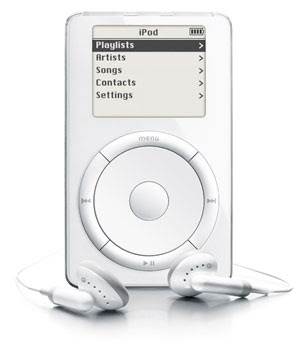 Sure, Steve Jobs, now Tim Cook, and the rest of Apple made it seem easy but I’m sure it’s the challenges of creating the perfect Macbook or crafting a device that they themselves would want to use and the continual assaults on its position is what is driving them forward.

Today, Macs are selling at a healthy clip but its still computers installed with Windows that dominate the market.  Apple just refreshed its Macbook lines from the Macbook Pro with the new Retina Display to the Macbook Air, it’ll look like the back-to-school season is going to be a blow-out one for Apple.  Still, the PC market will be dominated by Windows-based PCs.

The story is more rosy for Apple’s mobile devices. Fom the iPod to the iPhone to the iPad, Apple has withstood challenges after challenges to its dominate position.  The iPod remains the top selling MP3 player with over 70% of the market.  What of the iPad?  It has continued to retain 60 to 70% of the market as challengers from the Xoom to the Galaxy Tab to the Kindle Fire tried to unseat it.  Oh, and let’s not forget HP’s Touchpad or RIM’s Playbook. 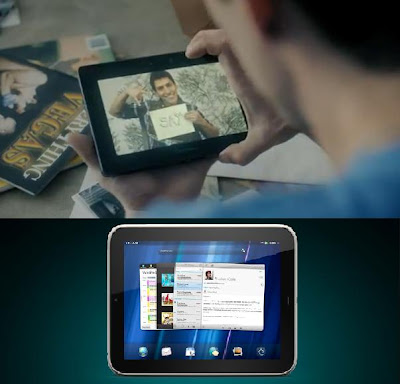 And while Apple’s iPhone doesn’t have the market-share the iPod or the iPad currently enjoy, Apple did manage to become smartphone seller in the Holidays quarter of 2011. Today, it has about 70% of the mobile profit.  Depending on who you talk to, the iPhone has taken back share from Android when it started selling on Sprint and Verizon or, at the very least, stunted Android’s growth.  And the game between the iPhone and Android is not over yet.  Apple is expected to release a redesigned iPhone with a new body, bigger screen, and with LTE support this fall.  Samsung’s just released Galaxy S III may have the whole summer to itself, down the home strech to Christmas of 2012, it’s likely going to be all Apple’s.

Don’t think it’s all smooth sailing for the Cupertino-based company from here on.  Like video games where levels get progressively harder and harder, nothing Apple has seen since the Android onslaught will be more determined to knock Apple out of the game.  And that is?  You guessed it.  Microsoft.  For Apple and  Microsoft, the coming  battle between these two old foes will be every bit as epic as the personal computer war waged in the 80s and 90s which Microsoft has taken the crown.

Apple thinks its ready for this and, while there is no signs of , Tim Cook and company are confident with this final match.  It has the feel of the last battle between two bosses like in the video games.  And it is a final match for either Apple or Microsoft.  The winner will most likely be king of the hill for a long while.  This war will be waged on more fronts than that fought between Apple and Google.  It’ll be fought in the social media market, PC market, mobile market, and even the auto industry will feel its effects.  It could redefine content distribution and home entertainment.

And the brutality of the Apple-Microsoft match is going to be for our benefit.  It’s about an all out competition to convince us they have the best products and services.  Blog surrogates will

Should Apple stumble, it will prove that Microsoft’s residence, as it has shown time and time again, has paid off.  Redmond’s patience helped it win the PC war.  And when it was under assault by AOL, Netscape, and Sun, with the help of some illegal monopolistic moves, Microsoft won the browser war and rendered all those companies inert.

Want more proof that Microsoft is patient and resilient?   How about the search market?  Sure, Google has the lion’s share of the search market and while Yahoo and Altavista, to name two are no longer threats to Google, Microsoft has launched volleys after volleys at Google with MSN, Live.com, and, now, Bing.

Apple’s war with Microsoft will commence in a couple of months when both iOS 6 and Windows 8 are released and products based on them flood the market.  Even if Apple does win 2012 or even 2013, it can expect Microsoft to try and try again to beat Apple’s products.  Tens of billions of dollars will be wage this war on both sides. 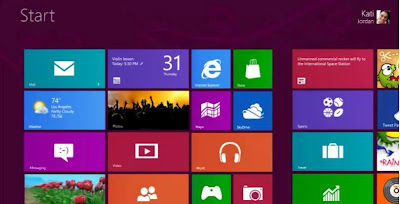 It’ll be a tug of war the likes we have never seen before in tech history.  The reason is simple.  Neither can Apple, Microsoft, or, for that matter, Google afford to lose.

Certainly, Google’s Android is not suddenly going to go away.  In fact, Apple and Microsoft will continue have to deal with Google, RIM, or anyone else.  It will certainly be dangerous for either them or anyone else to discount a comeback by any company.  We’ll certainly hear a lot from Google this fall with its next version of Android that will pit itself against iOS 6 and Windows 8.

Apple will come at its competitors hard with new innovative products year after year.  Microsoft knows it has to be patient and work deals.  And it has billions in the bank to drag this out.  The same goes for Google.

However, of the three, only Microsoft has the most to lose.  The momentum is in Apple and Google’s favors.  Let’s face it.  The PC market is growing but slowly and has at times shrunk due to global economic conditions.  Apple has the tablet market all it itself and there is proof that its cannibalizing laptop sales.  And what is one of Microsoft’s biggest money making?  Windows.

As for Windows Phone, Microsoft’s proxy, Nokia, has done well with the Lumia phones but, so far, they have not stopped the iPhone or Android.  At best, Windows Phone devices from Nokia has only managed to replaced Symbian sales.  Android devices has over 50% of the market with Apple trailing at around 30%.  Windows Phone devices are still truggle to get to 2%.

This is why the launch of Windows 8 is so critical for Microsoft.  We’ll know this late fall and winter if Windows 8 has the makings of a Vista or Windows 7.  If it’s another Vista debacle, Microsoft risks being made even more obsolete and may even give consumers more reason to look at the Macs as their next PC purchase.  However, if Windows 8 with its new Metro UI is a hit, Microsoft could hit two birds with one stone.  Windows 8  could gain traction in the tablet market, something that Android has failed to do.  And it could give consumers reasons to give Windows 8 phones a along hard look over the iPhone or Android devices.

Perhaps with Windows 8, Microsoft only has to show that it is willing to stay in the game and fight. Any traction, no matter how little in the tablet and smartphone market could be all the difference.  It would harkens back to the original release of the Xbox in 2001.  Against the Playstation and N64, it didn’t do much but slowly, it showed the market that Microsoft was offering something different.  A choice that was not previously available.  Today, the Xbox 360, released on 2005 is the best selling console.

While Microsoft has proven it is capable of developing decade long strategy to win a market, the Xbox is different from Windows.  It is Windows where it derives its profit and it’s the platform where other software like Office runs on.  So this is why Windows 8 cannot only do well in the shrinking PC market, it has to show that it can compete against the iPad in the tablet market and become a viable competitor to the iPhone, Androids, and Blackberries.

We don’t know who will be left standing at the end of the day.  It could be another decade before we can crown a winner.  Maybe there won’t be just one winner but two.  Or Apple, Google, and Microsoft could be locked in a stalemate with equal shares of the market and profit.  However, I know one this for sure:  we mobile warriors will greatly benefit from the innovation and rapid speed of hardware and software releases.  The market needs competition.  The more the better.

There is so much war to talk about.  Xbox, Playstation 3, Wii, and whatever follows will have to contend with Apple TV and Google TV.  Apple is looking to move Siri into your car while Microsoft is already there. And don't forget Google's self-driving car either.