Forbes thinks this is stupid but they want it. I think it's brilliant and I want it.  It's a concept iPhone with a clear black that when you look at the iPhone, you can see clear through whatever is on the other side. 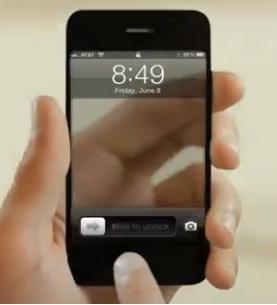 Again, I want it!  I think this is possible (eventually) and it could really make even today's thinnest smartphone look obese thickness-wise.


Obviously, there are gonna be issues like making the circuits, memory chips, CPU, and a bunch of other stuff really, really small.  I reckon it'll  have to be like 10 to 20x smaller than what we have today and up to 50x more power efficient.  If you look at this thing from the side, there really is no place for you to put a battery.

Having said that, I've always believed that we can reach this level of tech sooner rather than later.  Look at how calculators have shrunk over the years.  Look the collection of calculators from laurentian.

And remember those HP scientific calculators?  Yup, and now, we have calculators that run on the smallest most inefficient solar cells like the ones you can get for a few bucks at Office Depot.  We even have calculators on watches!

So, the question of whether we'll see this the-through concept iPhone or any other device isn't if it'll happen, rather, when it'll happen.  One think I believe whatever make such a device should do is allow the option to opaque the background so it can be less distracting when the user wants it.