How the Console Market Can be Saved


Here’s a crazy idea that I got from reading this Toucharcade post that said Microsoft might release an app that will allow the Xbox to stream content to phones and tablets.  While that’s interesting and all, I think it is a small step towards what Microsoft, Nintendo, and Sony should be doing with their console ecosystem and the first one to implement what I’m about to suggest could have something that will not only save their gaming business but possible dominate it. 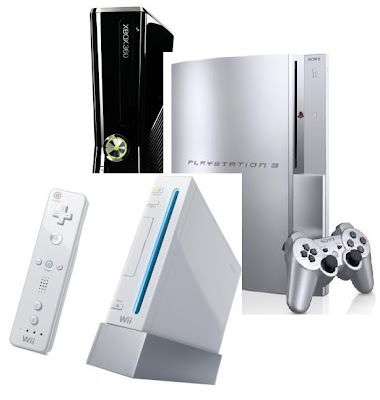 The TA post suggests that Microsoft’s Xbox app could augment the game playing experience.  The example provided is one where playing Halo could allow content to be streamed to a tablet and display maps or other information pertinent to the game play.

However, with us all being on the go these days, even for some hard-core gamers, I think it would make sense to give users more content away from the living or bedroom.  This is why I suggest that if one of the big three console makers could allow users to play games on their tablets or smartphones, it would be a boom to their business.

And obviously, in order to enjoy this experience, the user would have to own a console to begin with.  It’s sort of like LiveOn but from within your living room.  Believe me when I tell you that Apple could well begin their gaming assault on the living with this kind of game play.

One of the features many mobile gamers want these days is the ability to pick up games playing from one device to another without having to start the game all over again when you move, say, from the smartphone to the tablet.

For Microsoft, Nintendo, or Sony, it would naturally make sense for them to extend console entertainment from the living room to mobile just as Apple and Google are converging on the living room from mobile.

Obviously, this is not going to be easy.  It'll take a lot of brave and forward thinking execs who are willing to risk job and reputation at Microsoft, Nintendo, and Sony.  It will require someone who is willing throw away decades of conventional thinking and embrace such a radical change in how the console business operates and realign thousands of developers towards this new console enterprise.

I'll be honest.  I don't see Nintendo this doing.  Sony has shown some willingness with the Android device, Xperia Play.  After all, it isn't a traditional gaming device Sony puts out.  Of the three, I think I would put my money on Microsoft making this difficult but ultimately innovative choice.  I find that Microsoft does its best work when pushed up against the wall.  And mobile now has the Xbox maker painted into a corner.