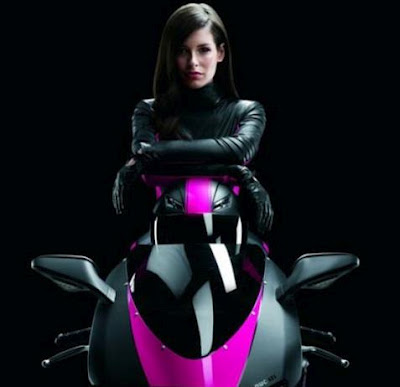 It used to be that any mention of Apple, the iPhone, and another carrier other than AT&T would have sparked a click frenzy.  It's like gallon of blood dropped into a pool filled with sharks and piranhas.  And this was especially true if the carrier was T-Mobile because it was the only other major GSM carrier in the United States other than AT&T.  As history would show, both T-Mobile's CDMA competitors, Verizon Wireless and Sprint, got the iPhones and T-Mobile is still on the outside looking in.

So, let's see if this Apple, iPhone, T-Mobile post will generate interest on par with what it was like a couple of years ago, before AT&T lost the iPhone exclusivity.

However, I do think that Apple can pretty much dictate any terms to T-Mobile and it would have to accept it.  And with an added competitor with the iPhone, any thoughts of cutting iPhone subsidies by AT&T, Verizon, or Sprint be would met with pause.

I would like to go a step further in any Apple-T-Mobile deal.  Not only should Apple give T-Mobile iPhones for its post-paid customers, it should off customers the option for prepaying for the iPhone and favorable rates to go along with it.

The favorable rates would be a discount from post-paid rates since T-Mobile would not be subsidizing the purchases of iPhones for prepaid customers.

If this happens, it would not only be an important development but a historic shift from post-paid to pre-paid markets.  It would for the other major carriers to answer with their own options.  And with T-Mobile's 3G now faster and not much slower than LTE, AT&T and Verizon would have to think twice about simply relying on LTE as a marketing vehicle to gain/retain subscribers.

I would even suggest that Apple could flood the market with prepaid iPhones with a cheaper price and make it back with a cut of the monthly plans.

The mere fact that I can think of going down this route suggests that Apple has as well and more than likely have better plans to pad the huge pile of cash it already has.  And this all could start with a T-Mobile deal.

As an iPhone fan, I think it's time that Carly has an iPhone to go with her skin tight biker outfit.
on July 10, 2012