Mobile: Billions In Charity From Gates & Google, Should We Buy Them Over Others?

I happened to venture onto this Reuters post via Huffington Post about how the super-rich amassed as much as $32 trillion in offshore havens to avoid taxation.  That's quite a lot of money. If you consider just how much taxes various government entities missed because of this over more than four decades.  But this is an issue that will never get resolved but I that's not why I mentioned it.

It got me started thinking about the hundreds of millions in Google's case and billions in Microsoft's Bill Gates' case that were spent to help better the human condition, I kinda asked myself if we should do more to support their goods and services.

As you know, the technology market, for consumers and enterprises, is carved up into various smaller segments with each having supports from users that go beyond just how the technology serves them.  Yeah, I'm talking about fanboys.  I like to think that I'm a mobile fanboy in general but in some particular instances, I can see myself supporting one device or platform over another.

For instance, I like Xbox while I favor both the Android and iPhone in the smartphone market.  I really like my iPad.  On the desktop, I am a huge Mac user but I am very interested in looking to upgrade my Windows XP machine to Windows 8.  And Google dominates the search and, as far as I'm concerned, Google+ is far superior to Facebook. 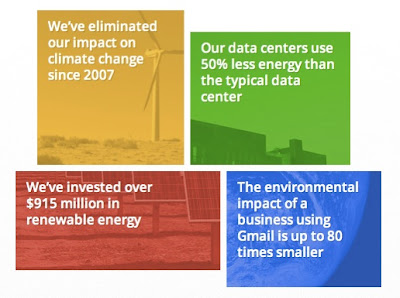 But at the same time, some companies do more for society in general than others.  Google has green initiatives that were far ahead of everyone else.  Google's various side projects like helping experts track diseases and do its part to fight cartels.

Then there's the Bill And Melinda Gates Foundation that has over the years spent billions in helping the poor of the world with education, farming, and vaccines.  And the extent to which I'm talking about this only scrapes the surface of the the Gates Foundation has done and will be doing. 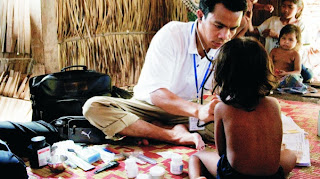 So, what has Apple done?  Well, it's hard to say because for a better part of Apple's existence, it was under the guidance of Steve Jobs who we all know is super secretive with his personal life and what he may have done with his billions.  And there is evidence that Steve wasn't just amassing wealth without consideration for his fellow humans (or even just Apple fans).

Under Tim Cook, Apple has begun to publicly do more.

So, should corporate responsibility or what its officers do help sway which tech as buy or support?  To some degree, it should be.  Push to make our tech and gadgets more friendly not just for users but also for environmentally friendly is definitely something Apple and others have tried to push for.

We need to consider all of this and decide if they are doing enough.  Many tech companies, especially mobile players, are on the West Coast of the United States where there it is more left leaning.  With still a sense of responsibility for not just the shareholders, these companies and their officers could be further persuaded to do more make the world a better place for everyone.

Companies could see that fans would find their products more favorable should they do more on social issues like poverty, health, and the environment.
at July 22, 2012