Next iPhone: What Kind of Camera?

August 02, 2012
While there has been a lot of speculations about the screen of the iPhone, whether it'll have NFC (near field communication) chip to go along with Passbook, and how thin it'll be, I have wondered about what kind of camera it'll have.

It's conceivable that Apple could go with the same camera as the iPhone 4S because of all the above features I've mentioned.  It could be that there will be enough new features and a form factor for the next iPhone that Apple doesn't see any need to upgrade the camera this time around.

On top of that, let's not forget the CPU upgrade that the iPhone is likely to get.

Another factor that I think Apple might keep the camera at 8MP with marginal improvement at that is because of storage.  Let's say Apple goes ahead with a 10MP or 12MP camera upgrade.  The storage could be an issue for the 16 GB version of the new iPhone.  Then again, it could be because of the added storage requirement for photos that will drive users to go with the 32 GB iPhone instead.

This is just something that came to mind as I ponder about the camera upgrades for the iPod touch and the unicorn iPad mini.  Oh, and let's not forget that Steve Jobs had met with Lytro's CEO in the past.  Believe me when I tell you that Jobs doesn't meet with just anyone and certainly not for idle chitchats. 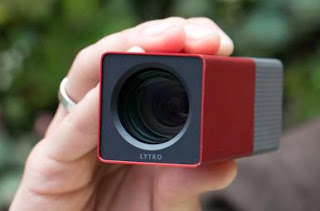 Obviously, it's highly unlikely that Apple's engineers will be able to fit that inside the iPhone but the discussion could result in sparking some new innovative juice for the camera.

Anyway, I just thought it odd there's been no word on the camera.  It's been pretty quiet on this rumor front.