iPad Now or iPad In A Few Months - Yes, Now Is Still A Good Time To Buy An iPad

The latest iPad (4th generation, or iPad 4) was introduced back in November of 2012.  It's only been four months since the last update, which was not all that different from the 3rd gen iPad except for some component updates over the 3rd generation iPad.  In fact, I think iPad 4 was the iPad with Retina Display that Apple wanted to release in the first place.

Having said that, is now still a good time to buy an iPad?  The answer is yes.  I just bought one a couple of weeks ago.  It's a white WiFi-only iPad 4 with 32 GB.  As you can see, I've got my original iPad from 2010 in the background playing an anime on Crackle. 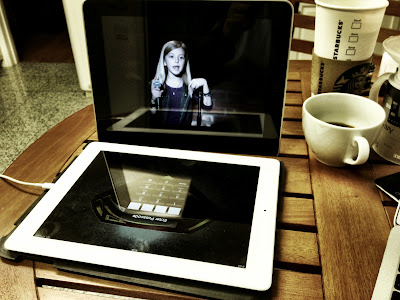 I bought the iPad 4 now because I needed it.  That's first reason for buying any tech.  If you need it and you don't have the time to wait another week, month, or even just a big longer, get it.  I bought it and had Apple came out with a new one today, there would be no regrets.  Simply put, the iPad 4 is awesome with its beautiful display.  Now, the original iPad has been relegated to a backup role or as a remote for the Apple TV, streaming videos, and some simple gaming.  The battery life is still pretty impressive by even today's standard so it'll be around as one of my main mobile arsenal for a while.

The second reason why I would still go out and buy today's iPad is because it's only been four months.  Now, if you want to wait until June or summer to pick one up, well, the problem with that is we just don't know when Apple will release a new iPad.  There's just too many moving pieces going on at Apple, the competitive environment, the economy, and who-knows-what that makes trying to game an iPad release particularly hard.  What has also made it difficult to decipher is that Apple did release the iPad 4 less than a year after the iPad 3.

And lastly, let's not forget that Apple just added a new 128 GB iPad to the lineup.  The move was particularly interesting.  Did Apple add the 128 GB iPad just because?  Did it do it to signal to the market that this was the first half iPad release in 2013?  Or did Apple do it to screw with Microsoft's Surface Pro debut?  However you look at it, it's only been three months since the iPad 4 and a newer 128 GB version came out about a month ago.

So, I think now is a good time to get an iPad because it simply is the best tablet out there on the market.  You can't go wrong with it.  Given the improvements in speed and graphics, you're future-proofed for a couple years at least.

Look at me, two weeks ago, I was still hacking/swiping/touching away on the 2010 iPad.

If you wait, what can you expect from the next iPad?  Well, you'll assuredly be rewarded with a redesigned form factor, possibly lighter than previous iPads.  Conventional thinking also suggests faster CPU, graphics, and maybe better camera.

Personally, the only that that could have made me wait for this 5th generation iPad would be even longer battery life.  Now, that I've transferred the bulk of my work onto the iPad, 10 hours of battery life is great but I would like an additional 2-3 hours of insurance.
at March 09, 2013