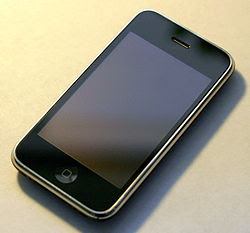 There's an iPHone rumor going around today that I want to address.  Before, I get into it, again, I don't like traffic in rumors but I think it's okay to discuss in the context of what it truly means to me.

The rumor is that there will be an iPhone that will cost $330 that has a polycarbonate body.  If true, this is what I think the specs will be like.  It's likely a unibody with a 3.5" Retina Display like the current iPhone 4/4S.  It could have a body very similar to the iPhone 3G/3GS but less angular along the side.  The camera could be well be only 5MP because Apple like won't give anything more than that because if you want 8MP or more, you'll have to shell out money for the iPhone 5 or better.

So The Rumor Goes...

Having said that, it looks likes the original source of this particular rumor has modified their story to say that it's the next iPhone that will have a 4.5" display.  The only thing that has not changed is that the subsequent 4.5" iPhone and the $330 iPhone won't go on sale until 2014.

This is where I think this story was a plant and the main reason is so that through 2013, anyone who wants an iPhone would need to buy what's already available, iPhone 4, iPhone 4S, and iPhone 5.  We'll see an updated iPhone 5S whatever Apple wants to call later this year.

Essentially, Apple wants everyone to know this is it.  No mid-year iPhone 5S with an iPhone 6 in the fall.  That just isn't how Apple operates and it wants to remind folks of this.

That's the likely scenario.  Of course, I love to be wrong and this is Apple's way of making us no 4.5" screen in 2013 but end up releasing one anyway.


Where does the $330 iPhone fit in? It makes sense to think that perhaps, it'll be an iPhone 4 but in a polycarbonate body.  However, I find that unlikely.  It's probably an iPhone 4S with a 5MP camera and 8 GB of storage.  Essentially, it's an iPod touch with cellular antennas.  Why?  Siri and other new iOS features to entice new users.

We can talk about fake-outs by Apple or what "reputable" blog or news organizations' sources say about which products and release dates, what is important is that only a few people at Apple have an idea of when they want to do release any product.  And for the most part, that is held very closely to their chests.

For this information about a 4.5" screen to come out now along with a less expensive iPhone with a release date of 2014 suggests it was very deliberate.

On top of that, it will be as simple as calling up the media and say meet at this time and place and we'll show you what we've got.  The iOS has to be ready as any new features. Sufficient stock has to available for a launch (I was not impressed with the last few launches).  Partners has to be ready with their networks including retails and marketing.

And even if Apple does release a specific iPhone, as in this case with the $330 price point, it doesn't mean anyone can get one.  Keep in mind that Apple is not exactly hurting in terms of iPhone sales.  In fact, far from it as it has problems keeping up with demands.  It's quite possible a $330 is for specific third-world markets like China and India (at least we're talking about the third-world parts of China and India).  In fact, I see this particular iPhone aimed squarely at BRIC (Brazil, Russia, India, China).

So, I had fun talking about this.  I love to see if Apple can really pull this off.  I mean it can but I wonder what'll happen to the mobile marketplace.  After all, competition is great and more the better especially from Apple.

Apple has been wildly successful with its mobile ecosystem and philosophy but it has also been very predictable.  I love to see that change a bit.