Twitter Should Incorporate A RSS Feed (But Probably Won't)

March 23, 2013
As you know by now, though you may not care or have done ranting about it, Google decided to kill off one of their biggest driver for blog traffic:  Reader.  It's an RSS reader to aggregate, you guessed it, RSS feeds into one place.  I swear by it and I've since moved on to Feedly. 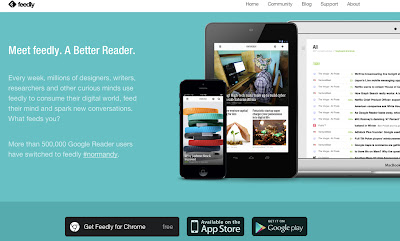 However, I think Twitter should pick up the mantle.  I know this is probably not something that Twitter will even remotely consider doing but I think it could work very well given that many tweets are about articles from various news sources or blogs.

Or, even create channels which allows tweets to be turned into RSS substitutes.  I've been organizing my "followings" into lists as many of you have already done so for various reasons.  I've only recently given it another look after the impending death of Reader.

Of all the social networks that can most act and capitalize on Google's mistake of killing off Reader, I think it's Twitter.  Sure, I've done something similar by organizing circles but right now, many folks are feeling uneasy of Google products and their longevity.  How many products that you've used from Google in the past only to see it axed years if not months later?

And Facebook?  Sure, Facebook that allows crap left and right.  Forget that.  Facebook is a joke and the sooner people realizes that fact and leave it, the better the world will be.

That leaves mostly Twitter to act on this.  I know there are many RSS feed providers out there but they're nothing like the kind of power that Twitter can bring for organized feeds.

Twitter has become an indispensable source for many people to get valued information in ways that it probably never considered before.  It went from people telling their friends how long they stayed in the bathroom to being a tool for organizing revolutions around the world.

So, why not add a RSS reader with deep Twitter function? 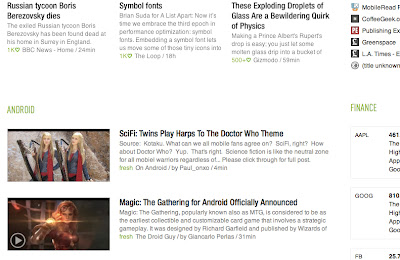 And if a RSS reader on Twitter becomes successful, don't think it won't go unnoticed by Google.  It may even make Mountain View think twice about jerking us Google app users around so easily.

Twitter, RSS reader, and mobile.  What a potent weapon that'll be.